Cable TV Is Dying, But High-Speed Internet Subscriptions Are Way Up 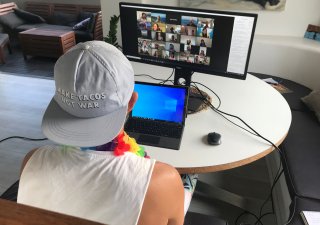 The coronavirus shutdowns in the early part of this year significantly expedited cord-cutting trends that had been in place for years. And as quarterly earnings were announced by various companies, the total number of lost video subscriptions added up to a total of 1.8 million, the most ever in a single quarter.

However, according to one new analyst report, there was some better news for the industry: It added a million broadband Internet subscribers in the quarter.

According to a note issued Wednesday by Leichtman Research Group, Inc., the largest cable and telephone providers in the United States added 1,165,000 net additional broadband Internet subscribers in the first quarter. This compares to 955,000 added subscribers in the same period in 2019, and goes down as the largest quarterly gain since 2007, at least for the cable companies.

The 1,165,000 figure represents the eight largest companies in the U.S. cable space and the eighth largest telecom companies, which together represent 96 percent of the total market. Those companies now have a total of 102.4 million video subscribers, of which  69.2 million are on the cable side and 33.2 million on the phone company side.

The report does not take into account satellite services such as DirecTV and Dish Network.

“With the onset of the coronavirus pandemic, there were more quarterly net broadband additions in 1Q 2020 than in any quarter in five years,” Bruce Leichtman, president and principal analyst for Leichtman Research Group, Inc, said as part of the announcement.  “Top cable companies performed particularly well, having the most net additions for cable broadband services in any quarter in thirteen years.”

The report added that there have been about 2.75 million broadband Internet customers added in the last year, up from 2.63 million the year before.