Can An Integrated App Stop You from Being ‘Canceled’? 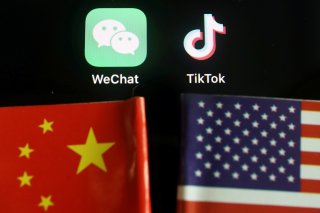 There’s a great deal of talk these days about “cancel culture.” The concept itself is somewhat nebulous, but it mostly involves people being criticized, held accountable, and sometimes facing consequences for things they’ve done and said, in some cases in tweets and text messages in the distant past. The specter of cancel culture has also been repeatedly raised in politics, including numerous times this week at the Republican National Convention.

A new entry to the App Store, called “KLOAKr,” appears to be the first of its kind to pitch itself directly to smartphone users concerned with being “canceled.” Its press release uses the headline “Cancel Culture is coming for you.”

KLOAKr is a service which, per the press release, “keeps text messages secret by ‘cloaking’ iMessages.” It’s available now in the App Store, as an integrated application with iMessage.

The application, the release says, “uses multiple levels of security that allow the message or image to be viewed once before it is deleted and unrecoverable—forever.”

KLOAKr works inside of iMessage, and offers encryption, biometric security, and, it says, deleting the messages forever.

“The moment the receiver removes their finger from the screen the message is instantly destroyed, leaving no trace on the either Sender's or Receivers iPhones, or the cloud,” the release says.

“Messaging is notoriously insecure, and the consequences of confidential communications being misappropriated are high,” JD Vaughn, KLOAKr Co-Founder, said in the announcement. “These days, we’re using digital communications for all types of sensitive conversations from politics to social justice to finances, and we need to know they are secure.”

There are other, similar apps and features that offer “disappearing messages,” such as Confide, and Signal, an app that’s been endorsed by Edward Snowden, and Snapchat was a pioneer in ephemeral content. There was a controversy in 2017 when it was found that White House aides were using Signal, which led to concerns about potential violations of the Presidential Records Act. However, it’s not believed that any of those apps have ever pitched their product as a way to avoid cancel culture.

KLOAKr may prevent its users from having embarrassing texts or photos surface, to their detriment later on. However, when it comes to other actions not confined to texts that have been known to lead to cancellations, whether it’s tweets, direct messages, voicemails, or bad or embarrassing in-person behavior, users are on their own.

The app is free for the first sixty days, with the option to upgrade to KLOAKr Pro.