Can Teslas and Tom Brady Resucitate the Rental Car Industry? 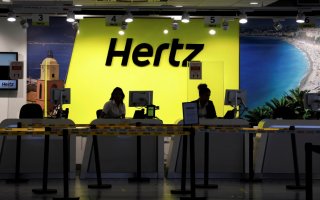 For much of the year, there’s been a shortage of rental cars. The reasons why are pretty simple: During the stay-at-home orders in 2020 car sat in parking lots unused. The rental car firms sold off more than 700,000 cars, consisting of about a third of their total fleet to keep the companies financially solvent during a time when they were doing very little business.

However, once the summer of 2021 rolled around and Americans were ready to get out and travel again, they were faced with difficulty finding a car and high prices when they could. The Washington Post also reported that because the rental car industry isn’t particularly powerful in Washington, it found itself far from a top priority when it came time for government aid.

“The covid shock was unlike anything we have experienced before. As we go into the recovery phase, we’re going to see friction and disruption in the normal flow of economic activity,” Kathy Bostjancic, chief U.S. financial economist for Oxford Economics, told the Washington Post back in the spring. “It’s going to be a bit erratic and disrupted, but the pace of growth will be very strong.”

Hertz even filed for bankruptcy last year, before exiting in July.

Now, that car rental giant is making a move towards increasing its fleet—with electric cars.

Hertz announced on Monday that it has ordered a hundred thousand Tesla cars for delivery by the end of 2022. The investment also includes “new EV (electric vehicle) charging infrastructure across the company's global operations.”

"Electric vehicles are now mainstream, and we've only just begun to see rising global demand and interest," Hertz interim CEO Mark Fields said in a  statement. "The new Hertz is going to lead the way as a mobility company, starting with the largest EV rental fleet in North America and a commitment to grow our EV fleet and provide the best rental and recharging experience for leisure and business customers around the world.”

According to the announcement, customers will be able to rent Tesla Model 3 cars beginning in November. By the end of next year, Herz intends for Teslas to comprise more than twenty percent of its global fleet.

Hertz also announced a new endorsement campaign with NFL quarterback Tom Brady. The campaign will consist of a series of TV commercials that feature Brady renting electric vehicles from Hertz.

"Hertz is changing the game when it comes to the future of mobility and has come through for me time and time again,” Brady said in the announcement. "Although the company has been around for over 100 years, their constant evolution, especially now, is something that is amazing to be a part of. I've been driving an EV for years and knowing Hertz is leading the way with their electric fleet speaks to how the world is changing and the way companies are approaching being environmentally and socially conscious. I've always loved how easy and convenient Hertz makes it for me when I'm traveling to my favorite places like New York, LA, and Tampa and can't wait to see what they continue to have in store."