At CES, Sports Commissioners Talk How They’re Weathering the Pandemic 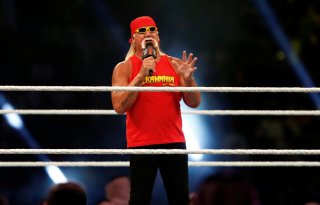 On the panel, which was moderated by Sports Innovation Lab cofounder and CEO and former Olympic hockey player Angela Ruggiero, McMahon talked about how WWE handled the pandemic. Also sharing their experiences were WNBA Commissioner Cathy Engelbert and NHL Commissioner Gary Bettman.

McMahon, the daughter of WWE head Vince McMahon, who has been both an executive and on-air character on WWE shows, spoke on the panel about how WWE had to make the decision to hold April’s Wrestlemania event without fans before the company pivoted to “Thunderdome,” an indoor studio-like setup where it has hosted its weekly programming.

Wrestlemania, McMahon said, was “less-than, to say the least,” but WWE soon came back with a new strategy for its pandemic-era content.

“WWE does not have a season,” McMahon said, but circumstances required the company to evolve. And much of that has involved the use of technology, which entailed everything from virtual fireworks to the use of drone cameras, and much more creativity when it came to the filming of the action. When longtime wrestling star The Undertaker retired from the ring this year, WWE produced a hologram of the character known as Paul Bearer, who prior to his death had been The Undertaker’s manager. Speaking of The Undertaker, McMahon added that the company has been investing more in WWE documentaries and that the recent four-part The Undertaker’s Last Ride was a big success.

As for the WNBA, its commissioner, Engelbert, had taken over not long before the start of the pandemic and required the league to hold a virtual draft. But the circumstances helped lead to a successful season for the league, which had better-than-usual ratings. WNBA players were also at the forefront of social justice efforts in the sports world last year, something in which Engelbert took much pride.

“We built into our WNBA app our first-ever second-screen experience,” which led to a major increase in downloads, Engelbert said.

As for hockey, Bettman, the longest-serving active commissioner in sports, recognized the need to “give younger fans what they want, when they wanted.”

Bettman questioned the decision to bring back hockey in a “return to play” format, which entailed both a pair of bubbles and an extended play-in format ahead of the playoffs. “How we reacted to the pandemic—how were we going to finish it and protect the health and safety of our players, our support personnel, and the communities where we play?” he asked.

The entire plan was in place before the locations, Toronto and Edmonton, were decided upon.

“Without fans . . . I’ve got to turn these arenas into television studios,” he said.

Bettman didn’t arrive in the bubble until a few weeks before the end. But it had an unexpected benefit.

“Also, I got to present the Stanley Cup without getting booed.”