Christopher Nolan's ‘Tenet’ Pops Up on Piracy Sites, Quality Said to Be 'Low' 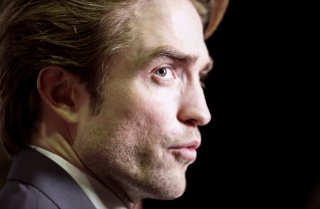 For the last several months, one of the most-watched dramas in Hollywood has had to do with when Tenet, the latest movie from director Christopher Nolan, might actually be released in theaters. The film’s theatrical release, originally scheduled for July, was postponed multiple times, until Warner Brothers ultimately decided to release it in foreign markets last month, with a release in “select cities”—namely, areas where movie theaters have reopened—set for Labor Day weekend in North America.

Throughout the process, Nolan was clear in making a demand that the film, which was shot in seven different countries at a reported cost of $200 million, must be released in theaters. That meant that, unlike various other movies from throughout the spring and summer that had their availability moved to streaming services or different video-on-demand platforms, it was a nonstarter for Tenet to make its debut on HBO Max. The CEO of HBO and Warner parent company AT&T made that explicitly clear on an earnings call in July.

While Nolan has managed to win the argument about opening his movie in theaters, it appears some people are watching Tenet at home after all.

Variety reported this week that copies of Tenet have begun to circulate on piracy websites. The report describes the online copies as “poorly recorded” and “camcorded copies of negligible quality.” Some have Korean subtitles, while others have German ones, so the videos almost certainly came from the earlier releases of those movies. It does not appear than any high-quality copies of the film have yet surfaced.

Pirated copies have also begun to appear of The New Mutants, a long-delayed movie with connections to the X-Men universe that was released by Disney, also in theaters, last month, Variety said. While digital copies of most recent movie releases have been made available to film critics in advance, that was not the case for either Tenet or The New Mutants.

Nolan, whose films include Memento, Batman Begins, The Dark Knight, The Dark Knight Rises, Inception, Interstellar and Dunkirk, has a reputation for making big, loud, complicated epics with major ideas at their center, while also using state-of-the-art sound and projection technology, including showing his movies in seventy-millimeter or IMAX.

Tenet is a mind-bending action film with sci-fi elements, which is also largely influenced by the James Bond canon. Set in a world in which bullets, cars, and even people are able to move backward through time, the film stars John David Washington, Robert Pattinson, Elizabeth Debicki and Kenneth Branagh. While it probably has more in common with Inception than with any of Nolan’s films, Tenet is not a sequel to that film, which marked its tenth anniversary in July.