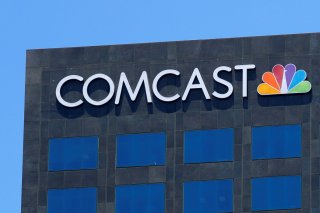 The test, which was carried out using a Full Duplex DOCSIS 4.0 system-on-chip (SoC) cable modem, has proven that it will eventually be possible to upload and download at speeds of 4 gigabits per second (Gbps). Comcast’s test comes just three months after it successfully tested a 10G connection using a virtualized cable modem termination system (vCMTS.)

“The great strength of our smart network design is that we are able to exceed our customers’ demands today, even as we continuously evolve to meet the needs of the future,” Charlie Herrin, President of Technology, Product, Experience at Comcast Cable, said in the announcement. “As our 10G journey continues to accelerate, customers will reap the benefits of ever-increasing security, reliability, and speed.”

Comcast’s 10G technology did not merely build on 5G cellular technology—it is an entirely different type of technology. Some have said that 10G will provide the broadband network necessary to “power the data-driven Fourth Industrial Revolution.” Experts generally believe that the technology will open up a vast array of opportunities for consumers.

While Comcast has been criticized in the past for having upload speeds that are notably slower than its download speeds, its recent statement promises 4 Gbps speeds for both uploads and downloads.

Although it’s not clear how far away the product is from launch, Comcast told VentureBeat in an interview that they have “now successfully tested all of the key components that will be necessary to support real-world 10G deployments.” Their next step will be “hardening” the tech and getting it ready for further tests in the field.

Last year, Comcast launched its first Comcast-branded TVs. These 4K “XClass” TVs were developed in cooperation with Hisense and arrived with a free twelve-month subscription to Peacock Premium. The TVs, like the routers, are an example of Comcast’s efforts to diversify its product offerings.

“XClass TV will offer consumers an affordable and innovative smart TV with an integrated interface and voice remote to access their favorite live and on-demand streaming content from hundreds of apps and services,” Comcast said when the TVs were revealed.