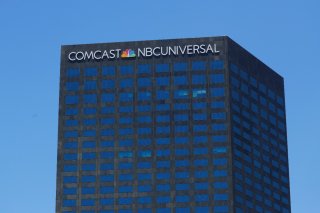 Comcast reported a mostly successful third quarter on Thursday but also announced that it lost another 408,000 video subscribers. Those losses consisted of 382,000 residential subscribers and 26,000 business subscribers.

That leaves Comcast with 18.55 million video subscribers, which remains the most of any U.S. cable company. Comcast had lost 273,000 subscribers in the same period the year before. After massive subscriber losses in the first half of 2020 due to the start of the pandemic, losses slowed across the industry in last year’s third quarter.

Comcast lost just under 400,000 in the second quarter of this year after it dropped 491,000 in the first quarter. According to FierceVideo, Comcast has lost 1.3 million video subscribers so far in 2021.

At the same time, Comcast gained 300,000 broadband internet subscribers in the third quarter. Comcast reported $30.30 billion in revenue and $.087 per share in earnings, according to CNBC, both of which beat analysts’ expectations. The broadband subscriber number also exceeded what analysts had predicted.

“I am pleased with our strong operating and financial results this quarter. Each of our businesses posted significant growth in Adjusted (earnings before interest, taxes, depreciation, and amortization), contributing to a double-digit increase in our Adjusted EPS,” CEO Brian Roberts said in the earnings release. “At Cable, our customer and financial metrics remained strong, highlighted by 10% growth in Adjusted EBITDA, the highest level of customer retention on record for a third quarter, and the most wireless net additions since the launch of Xfinity Mobile in 2017.”

The company did not share a subscriber number for its Peacock streaming service. The company said earlier this year that it had 54 million sign-ups at the end of the second quarter.

The NBC Universal division saw revenue growth in the quarter due to the Tokyo Olympics as well as movie releases such as F9 and The Boss Baby: The Family Business. Theme park revenue also showed a comeback thanks partly to pandemic restrictions being eased.

Roberts also mentioned the company’s XClass TVs in the earnings release. They were recently unveiled as part of a partnership.

“Going forward, I am excited about the opportunity to continue to invest in our global technology platform and other businesses while returning more capital to shareholders. This strategy is reflected in our most recent product launches – XClass TV in the U.S. and Sky Glass in Europe – as well as the $2.7 billion we returned to shareholders through a combination of share repurchases and dividend payments,” he said.

Comcast also announced a quarterly dividend of twenty-five cents per share on the company’s common stock, which will be payable next January.