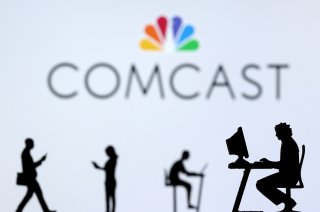 As the nation’s leading cable companies have continued to bleed cable subscribers, they have at the same time added broadband ones. During the uptick of the pandemic in 2020, the major providers added 4.8 million broadband subscribers, according to Leitchman Research Group.

However, a new report this week says that Comcast is expecting slower-than-expected broadband growth- a report that caused the company’s stock to dip Tuesday.

According to CNBC, the president and CEO of the company’s cable business, Dave Watson, said this week that the company expects to add 1.3 million broadband subscribers this year, which is short of the 1.4 million that analysts had expected. Watson’s comments came at the UBS Global TMT Virtual Conference.

This caused the company’s stock to drop more than 5 percent on Tuesday, even as tech stocks rose that day. The stock dropped as low as $49.27 on Tuesday, though slightly by the end of the day.

Additionally, The Motley Fool reported that at that same UBS conference,  Comcast CEO Brian Roberts said that the company would be “looking at just 7% to 8% growth in earnings before interest, taxes, depreciation, and amortization (EBITDA)” when it reports fourth-quarter earnings next month.

Comcast announced at the start of the month that it would be raising cable prices again in 2022, including a rise of as much as $4.50 a month to its “Broadcast TV Fee,” and an additional $2 to its Regional Sports Network Fee. Some broadband packages will see increases too.