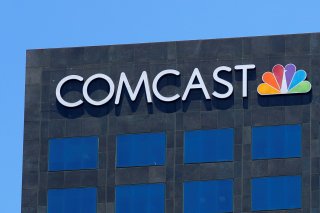 The cord-cutting trend is going full steam, and while that was the case prior to the coronavirus shutdowns, the trend has now accelerated.

Comcast, in its first-quarter earnings that it announced last week, stated that it posted 409,000 in total video customer net losses, but also reported 477,000 in total high-speed internet customer net additions.

Comcast described that number of additions was the best quarterly result in that category in 12 years, even though it didn't include the 32,000 low-income customers who receive free Internet through Comcast's Internet Essentials program. It led to an overall increase in the company’s revenue from its cable business.

The company also posted a revenue decrease of 22.5 percent in its Film Entertainment category, as the company's NBC Universal division had to deliver much of its movie slate to video-on-demand during the quarter.

Peacock, Comcast and NBC Universal's streaming service, had a soft launch during the quarter, with the full launch to come in mid-July.

The news came as the company posted a big drop in overall profits, as various aspects of its business were significantly affected by coronavirus, from its film division to its Universal Studios theme parks. The company said in its earnings release that the effects will continue in the second quarter.

"Society is being challenged like never before in our lifetime, and I couldn’t be prouder of our company, our employees, and our leadership team across Comcast Cable, NBCUniversal, and Sky," Comcast CEO Brian Roberts said in a statement. "Now more than ever the world needs to stay connected, and we’re extremely pleased that our investments in our network continue to pay off as we are handling significant increases in traffic and meeting our customers’ needs."