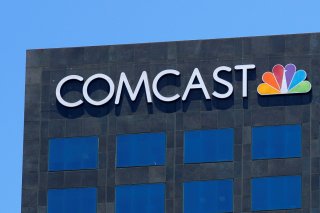 A series of reports in recent months have seen Comcast seeking to further diversify its offerings, including with a line of smart TVs.

Earlier this year, the cable giant was said to be in talks with Walmart to work together on smart TVs, with later reports stating that Comcast was working on the TV tech with Hisense and that the TVs would use the brand name XClass.

Now, there are indications that the arrival of the Comcast TVs is very close.

According to Protocol, which broke several earlier stories about the Comcast TV plans, the launch could come as soon as this week, with one of the models even listed on the Walmart website already.

“The Hisense 43A6GX is the first TV ever to support the new XClass TV platform. XClass TV brings you all the joy of TV and none of the frustration,” the Walmart website says of the 43-inch TV, which has a listed price of $298.

"XClass TV is lightning fast, effortless, and personalized for you—which means less waiting, less searching, and more joy. Get to your favorite shows faster with quick-loading apps and a premium voice remote that allows you to search across apps. Our simple and intuitive interface makes finding what you want a breeze and brings all your favorites together. Plus, XClass TV remembers your recently viewed programs and gives you personalized recommendations based on what you like to watch. Hisense’s A6GX series combines the latest smart platform with the picture quality you expect. 4K Ultra HD resolution and Dolby Vision HDR deliver crisp, detailed content, at the same time, keeping up with your [sic] all your entertainment needs.”

The photo lists a fairly standard TV, with what is apparently the interface. It lists the Comcast-owned Peacock Premium streaming service prominently, while also touting Voice Remote, as well as Netflix, Disney+, Hulu, and HBO Max.

The product description also lists some specs for XClass, along with the slogan “Welcome to your joy.”

“XClass TV brings you all the joy of TV and none of the frustration,” the site says. “You’re greeted by a home screen that puts the apps and services you love in one place. Quickly pick up where you left off with your recently watched programs, plus get recommendations based on what you watch. Get access to over thousands of movies and TV shows. XClass TV is lightning fast, super simple, and tailored for you—which means less waiting, less searching, and more joy.”

Comcast lost just under 400,000 cable subscribers in the second quarter of 2021. The company is set to announce its quarterly earnings on October 28.