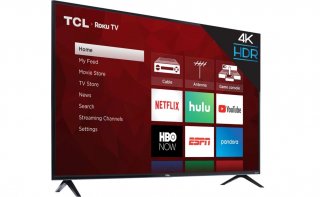 With shelter-in-place orders in place around the country and streaming viewing soaring, Roku saw a huge gain in usage in the first quarter of the year.

According to quarterly earnings released Thursday, Roku gained nearly 3 million active accounts, while streaming hours on Roku devices increased by 1.6 billion hours, to a total of 39.8 billion, the most ever. And streaming hours jumped 80 percent year over year in April.

However, the company nevertheless posted a net loss of $54.6 million for the quarter, compared with a loss of $9.7 million the same period in 2019. Per Marketwatch, the size of the loss was slightly better than analyst expectations, while the revenue number of $321 million was better than expected.

Roku reported that its advertising business has seen "higher than normal cancellations," from such businesses closed as a result of the quarantines, such as "travel, quick-serve restaurants, theatrical and automotive." The company has seen some ad revenue switch to Roku from traditional TV budgets and is hoping for that trend to continue.

"We provide products and services that have increased in relevance to consumers and industry partners during a time when most of the population is staying at home," CEO Anthony Wood and CFO Steve Loudon wrote in its letter to shareholders. "We take seriously the responsibility to provide news, information and respite to households we reach which comprise an estimated 100 million people. Since staying-at-home began, we have seen an acceleration of growth in both account activations and streaming hours."

The company recently announced a new OneView Ad Platform, which incorporates technology from Dataxu, following its acquisition of that company late last year.

"The first quarter of 2020 will live in our memories as the point when COVID-19 became a global pandemic," the letter said. "This not only upended how people live and work, but also injected great uncertainty into business planning. As a result, we recently withdrew our outlook for the full year."