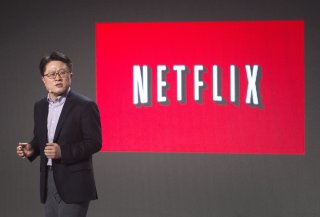 The streaming economy had a huge year in 2020, as the pandemic kept people stuck at home for a large part of the year, while the rise of new streaming services proliferated.

That’s according to date released this week by The Digital Entertainment Group (DEG), an industry association that advocates for the home entertainment industry.

DEG’s Mid-Year 2021 Home Entertainment Report found that customers spent $15.7 billion on “movies and television shows consumed at home” in the first half of 2021, representing a five percent increase over the same period in 2020.

However, growth was only up 1 percent in the second quarter of this year, which DEG attributed to a lack of high-profile new releases. Indeed, the 5 percent increase in home entertainment spending coincided with what was described as an “88 percent drop in box-office performance for the films released in the period.”

The numbers look even better compared to the pre-pandemic era of 2019, as overall spending was up 35 percent for the second quarter and 32 percent for the first half of the year.

When it comes to streaming subscriptions, the numbers were even more robust.

“Consumer spending on subscription streaming rose almost 17 percent to $6.3 billion for the second quarter, and by 21 percent to $12.2 billion in . . . the first six months of 2021, fueled by consumer interest in multiple major services launched in the past 18 months,” according to the report. “With many theaters closed during the pandemic, some new titles were made immediately available on streaming services including Disney+, HBO Max, Amazon and others simultaneous with, or in place of, a theatrical release.”

DEG did not specify gains and losses by Netflix, Disney+ or other specific streaming services.

There has also been notable spending on what DEG describes as library titles or older movies.

“Since second quarter 2019, digital catalog sales have grown at an annualized rate of 17 percent, significantly higher than their 4 percent growth in fourth-quarter 2019, just before the pandemic,” DEG said in a statement. “Popular catalog titles in the period included Fast and the Furious 1-8, Game of Thrones, Harry Potter - Complete 8- Film Collection, John Wick Triple Feature, The Office, A Quiet Place, and Yellowstone.”

The Gauge, a new method of measurement from Nielsen, found earlier this year that streaming had overtaken broadcast TV in terms of usage, although both are ranked behind cable TV.

“The past year has categorically shifted the television viewing landscape.” Brian Fuhrer, the senior vice president of product strategy at Nielsen, said at the time of the Gauge numbers. “Even as people begin to dive back into their pre-pandemic activities, based on the changes many made to enable streaming coupled with the variety of newly introduced services, we expect people to keep sampling and exploring their options. Maybe just as importantly, as production ramps back up, new content will enter the space, driving additional traction.”