Cord-Cutting Continues, Bringing Number of Households With Pay-TV Down to 71 percent 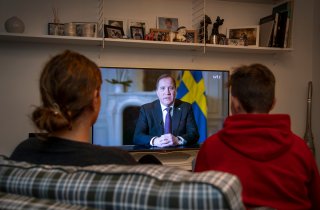 Leichtman Research Group, Inc. is the first company to release a report every quarter about how many subscribers have been lost by the major cable, satellite and other pay-TV companies. Now, Leichtman has put out a report showing exactly what percentage of households still have pay-TV service.

The numbers are the result of a survey called Pay-TV in the U.S. 2021, which is based on a survey of two thousand households and was conducted for the nineteenth consecutive year. Pay-TV is defined in the survey as “cable, satellite, Telco, or Internet-delivered vMVPD.”

Other findings include that 41 percent of those people who have moved in the last year have not signed up for new pay-TV service in their new location. Also, 25 percent of homeowners do not have pay-TV, while 35 percent of renters do not.

In addition, per the survey, of those people who do not subscribe to pay-TV, 30 percent last had it within three years, 36 percent last did more than three years ago, and 34 percent never had it in the first place.

In addition, 54 percent of people who have never had pay-TV service are between the ages of eighteen and thirty-four years old, indicating that cable and other pay-TV has never been a way of life for most people of a certain generation. And now, just 37 percent of TV sets have a traditional pay-TV set-top box- a number that was 58 percent five years earlier.

And the survey also said that 26 percent of adults say it’s “OK to use a friend’s log-in passwords to watch live TV,” a number that jumped to 40 percent for those between the ages of eighteen and thirty-four.

“The percent of U.S. TV households with a live pay-TV service significantly declined from 82% to 71% over the past five years,” Bruce Leichtman, president and principal analyst for Leichtman Research Group, Inc., said in a press statement. “The penetration of pay-TV remains lowest among younger adults and the categories that they tend to populate, including movers and renters.”

The pay-TV companies, and in some cases the tech companies that own them, have been releasing their third-quarter earnings. Comcast is set to announce theirs on October 28 while Verizon already did, announcing that it lost 68,000 Fios video subscribers in the third quarter. AT&T, which has spun off DirecTV, did not announce a subscriber number for that service.