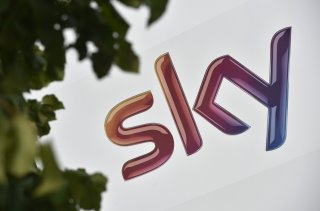 The number of households in the United States with cable and other traditional pay-TV subscriptions is expected to shrink even further than it always has, according to a new research note.

MoffettNathanson predicts that the number of U.S. pay-TV subscribers will shrink to seventy-three million by 2024, compared to eighty-four million in the third quarter this year, according to FierceVideo.

Also, the report noted that while many people who ditched traditional pay-TV over the past two years were not sports fans, tens of millions of sports fans could still leave in the coming years.

“There are 53 million households who describe themselves as regular sports and news viewers that we are assuming, all things equal, to be the bedrock floor of the pay TV world,”  Michael Nathanson of MoffettNathanson wrote in a research note. “This group of more affluent, more male and somewhat younger consumers are also consistently more likely to be regular viewers of all other genres of pay TV content, which indicates that the most essential parts of today’s linear bundle are live channels.”

With the regional sports network model struggling, all bets are off.

“We believe moving sports content to DTC services is a delicate balance, especially if major sports leagues like the NFL decide to become more open with the streaming relationships,” Nathanson added in the note. “Today, there appears to be a solid base of 58 million sports viewers who subscribe to pay TV (including vMVPDs), which represents a long-term floor in pay TV subs. Yet, if more sports content moves OTT, then perhaps some casual sports viewers are also at risk for further cord-cutting.”

The Streamable examined a new report from Disney, titled Generation Stream: Sports Edition, about the streaming habits of sports viewers.

The report looks at “the behaviors and motivations of sports streamers, identified as individuals who consume sports content across multiple screens and engage with their favorite leagues, teams, and athletes across digital platforms.”

This followed some reports earlier this fall that Disney was in fact considering spinning off ESPN. Puck reported in October that Disney’s CEO, Bob Chapek, had been exploring the idea of uncoupling from the sports network, which Disney has owned since the 1990s. Because ESPN is so tied to the traditional linear model, Disney is said to be concerned with its lack of growth. Also, Chapek does not have the same ties to ESPN that his predecessor Robert Iger did.

Disney denied the report at the time.