Cord-Cutting Is Part of the Problem, Baseball Commissioner Says 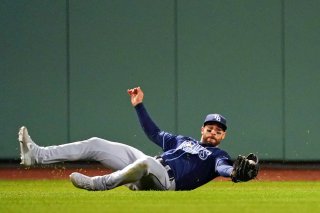 There have been various reports in recent months that the future of the regional sports network business model is in question, and also that Sinclair Broadcast Group, which owns a majority interest in the Bally Sports family of RSNs, is struggling.

Sports Business Journal, this week, reported that “top executives from leagues and media companies share a common belief that the Sinclair subsidiary Diamond Sports Group, which owns twenty-one Bally Sports-branded RSNs, could be headed into bankruptcy.”

Sinclair, meanwhile, has been talking about launching a direct-to-consumer product, which would allow users to access the channels without a traditional pay-TV subscription. But now, that plan has been questioned by no less than the leader of one of the major sports leagues.

Rob Manfred, the commissioner of Major League Baseball, appeared this week at a conference called the CAA World Congress of Sports, where he sounded off on Sinclair’s plans, as reported by Sports Business Journal, whose reporter, John Ourand, interviewed Manfred at the event.

Manfred said that if regional broadcasting partners were to launch a direct-to-consumer product, MLB would want to “own and control” that product.

“An ownership ‘stake’ probably understates it,” Manfred said, per SBJ. “We believe those digital rights are crucial and we want to own and control the platform on which they’re delivered, we may have partners in that process. But this idea that late in the discussions we somehow demanded an equity stake (from Sinclair), that’s just not accurate.”

The commissioner also cited ongoing cord-cutting as part of the problem.

“Fewer subs, it makes the business more difficult. I think that the negativity surrounding the RSNs has been increased exponentially as a result of the situation with the Sinclair (Broadcasting) subsidiary Diamond,” Manfred said. “Part of their problem is cord-cutting . . . There are RSNs out there that they're not thriving or growing, but they're going to survive. Look, look, there are RSNs, YES and NESN that have businesses that remain profitable, they're affected by cord-cutting. But the fact of the matter is I think the negativity has been increased by the Diamond situation.”

Additionally, the commissioner discussed the importance of gambling to the overall picture.

“The other set of rights they’ve talked a lot about is gambling rights, they don’t have those either,” Manfred said. “We have been clear with Diamond from the very beginning, this was not a late starting issue. We’ve been very clear with them from the beginning that we see both those sets of rights as extraordinarily valuable to baseball, and we’re not just going to throw them in to help Sinclair out.”

Sinclair acquired what used to be called the Fox Sports family of regional networks after they were divested following Disney’s acquisition of 21st Century Fox. Regional television deals are a major part of the revenue picture for baseball and other team sports.