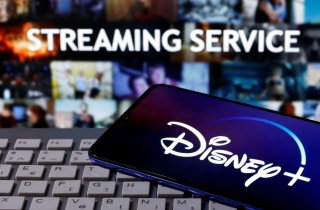 Ever since the start of the cord-cutting revolution, virtual multichannel video programming distributors, known as vMVPDs, have been a happy medium for many entertainment consumers. Those who subscribe to services such as Hulu + Live TV, YouTube TV, and Sling TV still get a large percentage of the channels they received with more traditional TV subscriptions. But they have found themselves no longer beholden to cable or satellite equipment, or having to commit to onerous contracts.

These services have grown in the pandemic era, despite occasional stumbles, especially following their occasional price increases. However, a new report says that the sector has reached a new milestone.

This tracks with numbers released by Leitchman Research Group (LRG) for the same quarter, as both were drawn from public earnings reports, although the LRG release last year did not include the number for YouTube TV. MoffettNathanson’s numbers for Youtube TV were estimated.

MoffettNathanson noted that while the sector showed growth, the growth was slower than it had been in the same quarter the year before. And part of that, the firm said, was about the rise in prices, as every major vMVPD has increased prices at least once since the start of 2020.

According to Cord Cutters News, MoffettNathanson speculated that YouTube TV could soon get a price increase as a result of the recent deal between Google and Disney that restored ESPN and other Disney-owned channels to YouTube TV. Those channels had been removed from the services—which, in a few instances, caused basketball games to be interrupted mid-quarter—but the dispute was resolved by the end of the weekend with a new agreement.

“Recall that the vMVPD category is still only around six years old. Six years ago, everyone burst out of the gate with eye-poppingly low prices. That helped them get out of the gate quickly, but it undermined their longer-term prospects in two ways,”  Moffett wrote in the report. At the same time, however, traditional pay-TV has also gotten more expensive, with several major cable providers also announcing price increases this year.

“First, they naturally attracted price-sensitive customers, for whom regular price increase would be particularly irksome. Second, they painted themselves into the unenviable corner of having to raise prices even faster than their traditional distributor piers in order to accommodate the inevitable rate increases they would face from their content partners,” the report said.