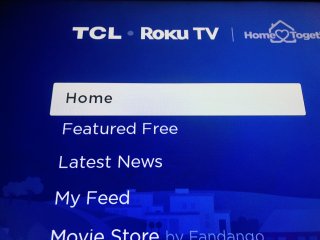 Apparently, not all companies are being cut down by COVID-19. Streaming media player Roku has reported robust growth in streaming hours as more people spend time at home amid the COVID-19 pandemic.

Roku said it estimates that it will have 39.8 million active accounts as of March 31, which is a net increase of 3 million since Dec. 31. The company also expects its first-quarter streaming hours to clock in at 13.2 billion, a 49-percent increase from the same period last year. Roku previously reported that users spent 11.7 billion hours streaming in the fourth quarter.

The increased hours in streaming will also mean more cash for the company. Roku estimates total net revenue to be between $307 and $317 million for the first quarter, beating the company’s previous outlook that was expected to bring in $305 million.

“Consumers are turning to Roku now more than ever. As the leading TV streaming platform in the U.S., Roku is proud to provide easy access to live news, free movies and TV, great paid content, and helpful programming for individuals and families who are sheltering at home,” Roku CEO Anthony Wood said in a statement.

“We have been working closely with advertisers to help update their plans to reflect new viewing patterns and adjust their overall marketing mix which has been affected by social distancing. While we expect some marketers to pause or reduce ad investments in the near term, we believe that the targeted and measurable TV ads and unique sponsorship capabilities that Roku offers are highly beneficial to brands today.”

Given the unpredictable nature of the current COVID-19 pandemic, Roku also decided to withdraw its full-year guidance.

Earlier in the first quarter, Roku announced that it had completed rolling out its “Are you still watching” feature, which automatically exits video playback after a period of user inactivity. Initially, analysts expected this feature to flatten growth, but it was more than offset by increased viewership by those sheltering in place.

“As previously noted, the roll out of this feature will moderate streaming hour growth; however, beginning in late Q1 Roku started to see the effects of large numbers of people sheltering at home,” the company said in a statement. “For Roku, this has resulted in an acceleration in new account growth and an increase in viewing.”

Roku, which boasts a market cap of about $13 billion, is slated to release first-quarter financial results on May 7.