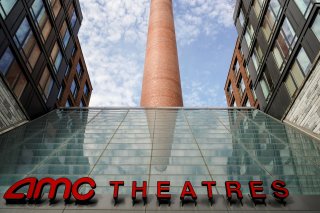 The motion picture industry has been disrupted by coronavirus like few others in the world. Movie theaters are closed nearly everywhere in North America, and the AMC theater chain is reportedly on the verge of bankruptcy. It's the feeling of many that even when lockdowns begin to lift, movie theaters — in which large groups of people sit very close together-won't be in that first wave, and could remain closed for quite some time.

Hollywood studios, meanwhile, have essentially cleared the entire spring and early summer of theatrical releases. Some of these movies have been pushed to specific dates in fall, winter, or even 2021, while others have been delayed indefinitely. Others, most notably last week's animated film Trolls World Tour and many indie titles, have had their releases shunted directly to digital and video on demand. Several studios have also given their movies early streaming debuts, although Disney's early push of the Pixar movie Onward to Disney+ was the same company moving a movie from one platform to another.

One thing there hasn't been much of, at least thus far, has been Hollywood studios selling off movies to streaming services. Last month, Paramount sold The Lovebirds, which was to come out in theaters in early April, to Netflix, for a streaming debut at a time still to be announced. Earlier this month, Amazon acquired My Spy, an STX comedy with Dave Bautista that had its release delayed multiple times; that also will make its streaming debut on Amazon Prime at a time to be determined.

Besides those, we haven't been floodgates open of such sales. But according to a new report, a lot more is on the way of that sort of deal.

The Information, citing executives, reported that "a wide array of film studios" are seeking to sell theatrically slated movies to such streaming services as Netflix, Amazon and Hulu. Netflix has received nearly 100 pitches and Hulu more than 50, executives told the site. Meanwhile, Amazon, the piece's author tweeted, is "coming to studios with a list of movies they have upcoming and saying which ones they’d be interested in."

Streaming services regularly buy the distribution rights to finished movies, especially as part of competitive bidding processes at film festivals. But prior to now, it was practically unheard of for such companies to acquire movies that had already been slated for release by other studios.

Studios, looking at losses from the lack of releases, can recoup some of that money by selling the movies off, while the streaming services win too, by attracting eyeballs to that content.

It's clearly a new era, especially after Universal put Trolls World Tour out for rental digitally this past weekend. There were numerous reports that the release broke records for the largest digital debut ever, although there isn't nearly the record-keeping infrastructure available to measure such a claim, as opposed to traditional box office receipts. Whether the film made as much as it would had it come out in theaters, or made back its more than $100 million budget, is another question entirely.