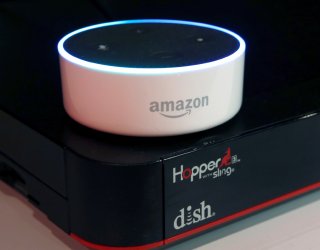 With most of the United States and much of the rest of the world under social distancing orders and therefore stuck at home, many people are passing the time by doing lots of streaming. There are multiple studies showing that streaming is surging, while subscriptions are up for just about every major subscription streaming service.

However, it appears that the current circumstances have also shown a downside-for cable and other traditional pay-TV.

According to a story by the Hollywood Reporter on Tuesday, analysts are beginning to predict that cable subscriptions will increase their decline as a result of coronavirus, especially with live sports not on TV and a likely recession causing many households to assess whether it's still necessary to pay for cable packages.

"Prior to the COVID-19 crash, traditional video was already facing further deterioration with accelerating year-over-year losses for five consecutive quarters, especially with telco/satellite TV, as the streaming wars begin," analyst Gregory Williams wrote in a note April 3, as cited by the Hollywood Reporter.

"As we endure the quarantine phenomenon and potential softer economy (rising unemployment), cord-cutting trends should continue (sports cancellations/delays could impact the value of traditional video), especially as hourly employees look for ways to shed personal expenses and streaming services provide cheaper video solutions." Williams did note, however, that the need for live local news may help cable companies retain some subscribers.

Another analyst, Peter Supino of AB Bernstein, predicted that Comcast will lose 390,000 subscribers this year, while Charter will lose 480,000.

Meanwhile, in addition to the streaming services, streaming box maker Roku has shown user growth during the shutdowns. In estimated earnings announced Monday, the company-which also licenses its technology to TCL and other TV manufacturers-reported that it gained 3 million Roku accounts in the first three months of 2020, bringing the total to 39.8 million.

"Consumers are turning to Roku now more than ever. As the leading TV streaming platform in the U.S., Roku is proud to provide easy access to live news, free movies and TV, great paid content, and helpful programming for individuals and families who are sheltering at home,” said Anthony Wood, Roku’s Chief Executive Officer, said as part of the earnings release. The company did, however, announce that it would withdraw its full-year 2020 financial outlook, due to "economic uncertainties."