Could OLED Displays Be Coming to Airplanes? 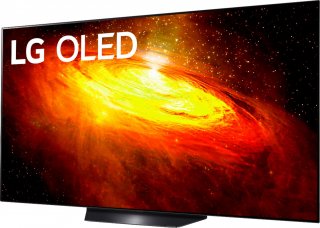 Will you soon be able to watch an OLED screen display on an airplane? Two groups have combined to try to make that a reality.

According to a press release posted to Display Daily, JOLED, the OLED arm of the Japanese venture formed from the display units of Sony, Toshiba, Hitachi, has teamed up with AERQ GmbH—a joint venture between LG and Lufthansa Technik—to develop “a collaboration aiming to integrate medium-sized OLED displays in aircraft cabins.”

According to pictures posted with the release, the idea is to put OLED screens on the back of each seat, as well as welcome and ceiling panels using OLED technology. The companies “will work together to deliver the benefits of OLED displays and integrate them as a new standard to the aircraft industry through presenting a variety of touchpoints utilizing medium-sized OLED displays such as Cabin Digital Signage and an inseat system.”

“We think the cabin display is an adapted application for OLED, because there are restrictions on installation space and weight, and the displays are viewed for a certain period of time at a relatively short distance. With the collaboration with AERQ, we look forward to the introduction of our OLED displays on aircraft as part of the state-of-the-art digital cabin system, and helping to enhance passenger cabin experience.”

It’s not clear how soon the companies are planning to make such technology a reality.

“An advanced digital ecoystem that adds new value to aircraft will help strengthen the connection between airlines and passengers. OLED displays have the potential to change the conventional concept of cabin displays, and we have been working to bring this innovative display technology on board to the aircraft in a variety of ways,” said as part of the announcement.

“By the collaboration with JOLED, we are completing our OLED line up by adding mid-sized displays from JOLED on top of our existing portfolios that are 55” and 65” from LG Electronics. This will enable us to stay confident that we can take the digital transformation of aircraft one step further.”

Speaking of in-flight technology, the FCC recently announced that it is killing a plan, left over from the Obama era, to allow broadband for cell phone calls from airplanes. Around the same time that that rule was issued, the FCC eliminated past restrictions that long disallowed use of in-flight electronics at the beginnings and ends of flights.