Cryptocurrency Is the “Wild West” of Investing. Prepare Accordingly. 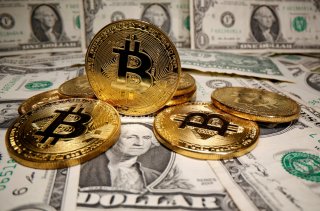 On August 7, 2018, Elon Musk made a very costly mistake. At 9:48 Pacific Time, the electric car and rocket mogul jokingly posted on Twitter that he intended to take Tesla private at $420 per share.

This tweet attracted attention from his followers and various media outlets. Unfortunately, it also attracted attention from the Securities and Exchange Commission, which promptly opened an investigation against him for market manipulation. After the smoke cleared, Musk was forced to pay a $40 million settlement and step down as chairman of Tesla’s board.

Was this justified? Musk argued that the tweet was a joke; at the time, Tesla’s stock price was roughly $70 per share, so the $420 price tag was clearly too high to be taken seriously. However, the SEC argued that, in the aftermath of the tweet, Tesla’s stock price jumped six percent and led to “market disruption.” If Musk had intended to profit, the complaint alleged, he could have bought additional Tesla stock, made the announcement knowing that he would have been taken at his word as Tesla’s CEO, and sold it at a profit.

Musk did not do this. However, if he had wanted to, he could have made a windfall. The SEC exists to prevent activity like this; given that it is possible to manipulate the stock market by selectively releasing information about one’s companies, a federal watchdog is needed to ensure that the market remains fair for outsiders without access to this information.

However, neither the SEC nor its partner organization, the Commodities Futures Trading Association, regulates cryptocurrency. This is largely because cryptocurrency markets were much smaller before 2020. However, the COVID-19 pandemic, and in particular the January 2021 GameStop short squeeze, generated interest in coins such as Bitcoin, Ethereum, and Dogecoin – all of which have shot up in value as a result.

In essence, while cryptocurrency remained an obscure hobby among Internet dwellers and libertarians, its regulation was not important for the SEC. But it is now a $2 trillion global market, and it still does not have any regulatory oversight.

This has turned crypto markets into a proverbial Wild West of invesing; many of the same market manipulation schemes that are mega-illegal on Wall Street are perfectly acceptable on crypto trading platforms. It is easy to find groups on apps such as Discord that engage in coordinated purchases of small cryptocurrencies, pumping the price up – the definition of a pump-and-dump scheme, which the SEC explicitly prohibits in the stock market.

Gary Gesler, the SEC’s chairman, thinks that this is a problem. In a congressional hearing, he expressed interest in SEC regulation of cryptocurrency markets. It is unclear how exactly this would work – given the decentralized nature of cryptocurrency, it is easy to send tokens directly back and forth from one wallet to another, making crypto markets less reliant on brokers than stocks. However, some regulation of popular trading platforms, such as Robinhood and the recently-launched Coinbase platform, could give the SEC a way to clamp down on unethical trading tactics.

One person who should watch out for this? Elon Musk, who has been one of Dogecoin’s most vocal supporters – and whose tweets about the cryptocurrency have been directly linked to price increases.