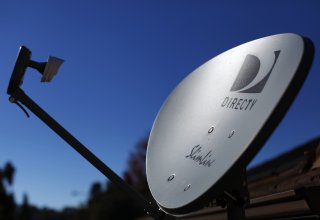 It’s been known for a while that Dish and DirecTV are both declining, especially when it comes to subscribers. The two satellite broadcasters have been bleeding subscribers for years, even more than other pay-TV companies. And at the same time, there has been upheaval with both companies, as DirecTV was recently spun off from AT&T, while Dish Network has been pivoting towards the wireless business.

Now, a new report says the age and conditions of satellites don’t bode especially well for the future of either service.

MoffettNathanson analyst Craig Moffett, as cited by FierceWireless, noted that the two companies’ satellites are notably long in the tooth. Dish has eleven satellites, nine of which are older than ten years old, a situation that’s similar for DirecTV. AT&T said last year that its most recent DirecTV satellite launch would be its last.

“To dwell on whether a given quarter’s subscriber losses are a little better, or a little worse, than expected, or than last quarter, is to miss the point,” Moffett’s research note stated. “We are witnessing the long, slow goodbye of satellite TV. The terminal value of a satellite TV platform with neither satellites nor subscribers is, quite obviously…zero.”

The note also said that while the satellites could last longer than expected, set-top boxes “can’t unscramble signals from the other’s satellites.”

Dish and Sinclair did reach a deal this week to temporarily stave off the removal of more than one hundred channels, per USA Today.

“We have agreed to a short-term extension with DISH to continue conversations," David Gibber, senior vice president and general counsel for Sinclair Broadcast Group, told the newspaper in a statement Tuesday. "We will continue to update our viewers as this develops. Sinclair stands willing to continue to negotiate in good faith and to enter into a longer extension to allow for the continued carriage of our channels to DISH’s subscribers.”

As of the end of the quarter, the company had 10.99 million Pay-TV subscribers, including 8.55 million Dish TV subscribers and 2.44 million for Sling TV.