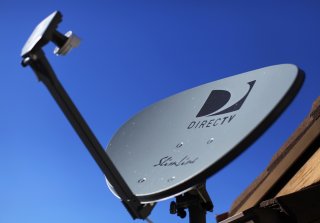 When DirecTV was spun off last year from former owner AT&T, one of the changes was that its vMVPD-style streaming service, formerly known as AT&T TV, was rebranded as DirecTV Stream. DirecTV Stream is not to be confused with DirecTV’s traditional satellite TV service.

DirecTV Stream launched last year with a high-profile series of commercials that starred Serena Williams. Now, the DirecTV Stream service is getting a price increase.

“We’re making several adjustments to pricing for DIRECTV STREAM starting January 23, 2022. You’ll see the new pricing in your monthly service fee,” the company said on its support page. “Due to increased programming costs, we’re adjusting the price of our video packages.”

Most versions of the DirecTV Stream package, including Ultimate, Premiere, Plus, Max, “Live a Little,” and “Go Big,” will get $10 increases, while others will go up by smaller amounts. The Xtra package will rise by $8, with Choice going up by $7, and other versions by even less.

The company added that TV networks have raised the fees they charge DirecTV Stream, and that “we have experienced higher-than-normal inflation across our suppliers.”

DirecTV Stream added that those who signed up for the “contract introductory offer” will not be subject to the increase during that intro period.

Less than a year after it was spun off to new ownership, DirecTV Stream may have another change in its structure before long.

The New York Post reported last week that DirecTV and Dish are once again in talks to merge, with the idea that the two declining satellite broadcasters may be more successful together than as competitors.

The two companies nearly merged two decades ago before the deal was scuttled by government regulators. Government action has been a persistent fear whenever the revival of such a merger has been broached. The private equity giant TPG, which owns 30 percent of DirecTV, is said to be driving the merger discussions, per the Post report.

When AT&T put DirecTV on the block in 2020, the Trump administration reportedly indicated to the parties that regulatory approval would not come easily.

Now, with a new administration in charge and rural broadband more advanced than it once was, there is optimism that the deal could have more luck going through if an agreement is reached.

It’s unknown what the structure of a combined company would look like. It’s also unclear what would happen if DirecTV Stream and the Dish-owned Sling TV ended up under the same corporate umbrella.