With DirecTV Deal Done, Sunday Ticket Bidding May Be Next 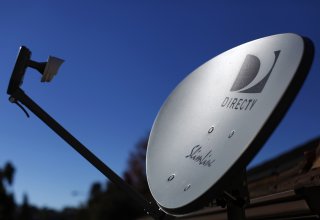 AT&T’s long-in-the-works deal to spin off DirecTV into an independent entity finally closed Monday, just as the National Football League (NFL) training camp season got underway. At the same time, there are indications that bidding is around the corner for the much-sought-after rights to the NFL Sunday Ticket package.

Sunday Ticket is the NFL’s package that allows subscribers to watch all out-of-market games, whether in their own home or at a local sports bar. For as long as Sunday Ticket has existed, going back to 1994, it has been exclusive to subscribers of DirecTV, while also serving as a major reason to subscribe to DirecTV.

But the Sunday Ticket deal with DirecTV expires after the 2022 season, and NFL commissioner Roger Goodell is believed to want to find a partner for Sunday Ticket who is not a satellite broadcaster.

According to a story in Sportico,  the closing of the AT&T/DirecTV deal means that the bidding on the Sunday Ticket rights may soon “heat up.” The NFL has not announced any official timetable for selling the rights.

“While the out-of-market NFL package has been a key differentiator in DirecTV’s battle with rival satellite operator Dish Network, it’s been hemorrhaging money for years. When DirecTV renewed its Sunday Ticket deal in October 2014, it agreed to a fifty percent rate increase, signing off on a commitment to pay the league an average fee of $1.5 billion per year through the end of the 2022 season,” the Sportico piece said. That 2014 renewal came about as a condition of AT&T and DirecTV’s original merger.

The piece said that while formal bidding has not yet begun, likely bidders include Amazon, Apple, Disney and Comcast. Disney and Comcast have long been broadcast partners of the NFL, which airs games on ESPN and NBC, while Amazon became the exclusive rights holder for Thursday Night Football in the NFL’s latest contract renewal.

Apple CEO Tim Cook and Goodell were seen chatting at the recent Allen & Co. conference in Idaho, which set off rumors about a Sunday Ticket bid by Apple. Apple is not known to have ever bid before on professional sports rights.

It’s not a given that the new partner for DirecTV will be one company with an exclusive deal. DirecTV had the exclusive for many years on MLB Extra Innings, which was the baseball version of Sunday Ticket, although that package is now available from numerous cable providers.

Jon Taffer, the future host of the reality series “Bar Rescue,” is credited with inventing the concept of NFL Sunday Ticket, from his days when he ran a bar in Chicago.