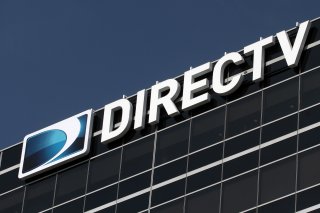 Heading into this week, both of the major satellite TV services, DirecTV and Dish Network, were facing deadlines for carriage agreements with owners of TV stations that could result in subscribers losing large numbers of channels.

Now, the DirecTV dispute with one of the companies, Tegna, has resulted in those channels disappearing, from both that satellite service and its sister service AT&T U-Verse. The sides failed to reach an agreement prior to the deadline Tuesday night.

The blackout affects sixty-four stations in fifty-one markets, which are affiliates for all different networks, including NBC, ABC, CBS, Fox and The CW, depending on the market.

“Unfortunately, DIRECTV and AT&T U-Verse have not reached an agreement with TEGNA to keep our stations on the air,” Tegna’s Twitter account tweeted late Tuesday. “As we continue negotiating in good faith, you can watch your TEGNA station on other local providers or streaming services. And we’re always free over-the-air.”

AT&T, the owner of DirecTV, responded in that tweet’s replies.

“We can assure you we have every intention of getting TEGNA’s stations back as soon as possible, but the law grants TEGNA exclusive control over which homes can have their channels,” the account said. "We share your frustration and appreciate your patience.”

Also in the replies, one man complained that the blackout may cause him to miss Alex Trebek’s final shows as the host of “Jeopardy!,” which were recorded prior to the beloved host’s death last month.

“In the midst of an ongoing pandemic, Tegna is demanding the largest rate increase we have ever seen and intentionally blacking out its most loyal viewers,” AT&T said in a separate statement to several media outlets.

“We challenge Tegna to return its local stations immediately while we finalize a new agreement and pledge to pay Tegna retroactively whatever higher rates to which we eventually agree. We share our customers’ frustration, appreciate their patience and intend to do all we can to resolve this matter soon.”

According to its brands page, Tegna owns such stations as WUSA in Washington, DC, WATL in Atlanta, KUSA and KTVD in Denver, Colorado, KSDK in St. Louis, Missouri, WCNC in Charlotte, South Carolina, KARE in Minneapolis/St. Paul, Minnesota, KPNX in Phoenix, WWL in New Orleans, Louisianna, KHOU in Houston, Texas, KING and KONG in Seattle, Washington, and WFAA in Dallas, Texas. The company also owns the True Crime Network.

DirecTV also faces the loss of its NFL Sunday Ticket package, although it maintains exclusivity through the end of the 2022 NFL season.

The dispute between Dish and Nexstar affects even more stations, 164 around the country, and if the parties don’t reach an agreement by the Wednesday deadline, it will go down as the largest blackout of its kind in history.