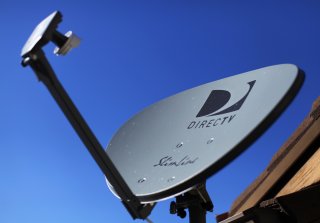 After DirecTV was spun off from AT&T earlier this year, the newly independent company renamed its existing streaming product as DirecTV Stream. The newly named product was soon part of a major advertising campaign, featuring tennis champion Serena Williams.

Now, subscribers to DirecTV Stream are getting a price hike.

According to The Streamable, those with the “Choice,” “Ultimate,” and “Premier” plans will soon be informed of the price hike, while the “Entertainment” plan will remain at the same price.

The Choice plan will get a $5 hike while the Ultimate and Premier plans will go up by $10, per the report. In addition, those with legacy plans from the DirecTV NOW and AT&T TV NOW eras will also see $10 monthly increases.

The move is the latest in a series of price hikes by cable and streaming companies, that will go into effect in the new year. Comcast has announced a price increase, as has Hulu + Live TV.

The number of people who subscribe to DirecTV Stream remains unclear. The service recently announced the addition of local PBS stations to its offerings, something not offered by many of its competitors.

After a long process, AT&T announced earlier this year that it was spinning off DirecTV into a separate company, one that AT&T owns 70 percent of, along with 30 percent by private equity firm TPG. The deal was agreed to in February and completed in August.

“AT&T contributed its U.S. video business unit to the new entity in exchange for preferred units as well as a 70% interest in the common units of DIRECTV,” the companies said via a statement when they announced the deal.

The New DirecTV announced at the time of completion that it was “all-in on video.”

“This is a watershed moment for DIRECTV as we return to a singular focus on providing a stellar video experience,” Bill Morrow, CEO, DIRECTV, said in the announcement.

The changes followed years of subscriber losses for DirecTV, as the entertainment model moved away from traditional pay-TV of which the satellite business was a part. DirecTV had 15.4 million premium video subscribers as of the end of the second quarter, although because the new entity is not a public company, it does not release quarterly subscriber figures.

AT&T had acquired DirecTV in 2016, in a deal on which it lost a great deal of money; the same company would later agree to spin off another big acquisition, WarnerMedia, into a new company that will merge with Discovery, although that deal has not yet closed.

Meanwhile, rumors continue that DirecTV and Dish Network could eventually find a way to merge.