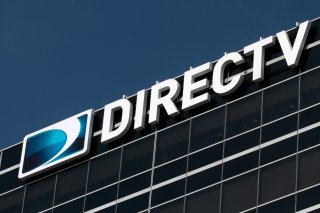 After AT&T spun off DirecTV into a separate entity earlier this year, the newly independent company relaunched its AT&T TV vMVPD service as DirecTV Stream, giving a new name to what was once called DirecTV Now. The company has also launched a high-profile advertising campaign, featuring tennis superstar Serena Williams dressed as Wonder Woman.

Now, some customers are complaining that DirecTV has made it too hard to cancel the service.

According to a report by TechHive, while the ease of cancellation, compared to cable, has long been one of the selling points of vMVPD service, that hasn’t been the case for the new DirecTV Stream service.

“In recent weeks, DirecTV quietly changed its policies so that most new customers can only stop service through an online chat, while some existing customers must call a customer service number to cancel,” TechHive wrote about the changes. “Easy online cancellation only remains available for some legacy subscribers and for customers in New York and California, where state laws require fewer hoops to jump through.”

The site compared this to tactics often used by cable and other traditional TV companies.

When customers go to the account management page and click “Cancel My Subscription,” it goes to a pop-up, which triggers an online chat session. Some customers have even said that they needed to cancel by phone. It appears that some customers can cancel through the chat window and some by phone, depending on when and how they signed up, as well as which past version of the service they signed up for.

After hearing from readers who had gone through this, the author of the piece tried doing it himself.

“I confirmed this myself by creating a new DirecTV Stream account and immediately attempting to cancel. The representative, Kevin, asked for an explanation, and when I said that I didn’t want the service, he asked for more specifics,” the site said. “When I reiterated that I just wasn’t interested, he relented, but still made me type in my email address and mailing address to confirm the cancellation. While the interaction didn’t take long, it was a hassle compared to other streaming services.”

Prior to the switchover, the outlet said, customers could cancel their subscription to AT&T TV and its various predecessors just by clicking a button on the website.

The switch from AT&T TV to DirecTV Stream took place in late August, launching the campaign with Williams at the same time.

“I’m always juggling my priorities as a mom, athlete and designer so I am a big fan of products like DirecTV Stream that help make my life more simple. I had so much fun playing Wonder Woman for this exciting campaign that showcases the uncomplicated and simplified TV experience of Direct TV Stream,” the tennis legend said of the campaign, per NextTV.