Do Regional Sports Networks Have a Future? 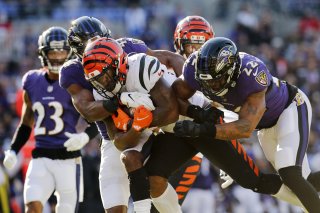 It’s been a pretty bad few months for regional sports networks (RSNs), the cable channels that carry the bulk of sporting events by local sports teams. The business model of the Bally’s Sports family of networks, owned mostly by Sinclair Broadcast Group, does not appear to be working, and a transition to streaming has not gone smoothly. Sports were often seen as insulated from cord-cutting-related pressures, but that doesn’t appear to still be the case.

Earlier this fall, the commissioners of the sports leagues, including Major League Baseball and the NBA, have made noises about launching their own streaming products, with a revenue-sharing agreement possibly being worked out with the existing rights-holders. But the future of how American sports fans will watch their favorite teams remains very much uncertain.

Sportico wrote this week about the position of the Sinclair-owned networks specifically.

“The loss of another strategic distributor could make it difficult for Sinclair subsidiary Diamond Sports to meet its heavy debt obligations,” according to the report. “That reality sparks an obvious question: Is there anything the company could do to validate carriage with its remaining distributors and even convince some of the emerging platforms to pick the channels back up again?”

Regional sports networks have long offered such programming, including studio shows, documentaries about sports history, simulcasts of local sports radio shows, and rebroadcasts of older games. However, all of those types of shows have always been much lower-rated than live games.

Sportico noted that there’s skepticism that doing so would be valuable.

“Nobody has come up with something that is a moneymaker outside of live sports,” an RSN executive told the website. “And I don’t see a program on the horizon that is going to get a distributor to say, ‘We can’t drop that network because they have that program.’”

Also, this week, one of the national sports networks announced its end date. NBC Sports Network, also known as NBCSN, will go off the air for good on December 31, after parent company Comcast and NBC Universal announced its death earlier this year.

NBCSN, which in previous guises was known as Outdoor Life Network and Versus, was known for broadcasting hockey, soccer, and the Olympics. NBC Sports will move some sports programming to USA Network, while other programming will move to the Peacock streaming service, per CT Insider. NBC lost the package for NHL hockey earlier this year, with that sport returning to ESPN and also arriving on the Turner networks.