Do We Still Need AM/FM Radio In a Car? 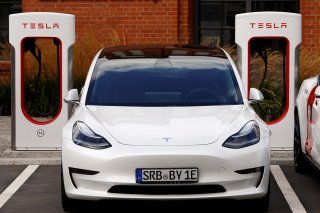 Various circumstances created by the coronavirus pandemic have led to a marked decrease in the use of traditional AM/FM car radio, according to a new report.

“2020 Infotainment Report: COVID-19 Brings Challenges for In-Car Radio”, a new report by research firm Strategy Analytics, found that a lot fewer people around the world are using AM/FM car radios, due to a variety of factors, including a marked decline in commutes to work.

“The COVID-19 pandemic and its related lockdowns have also severely curtailed regular commuting journeys, where much of consumers’ radio-listening originates,” the announcement of the report said. “This has led to a marked decline in AM/FM usage in-car, and a steep decline in interest of radio as a ‘must-have’ feature.”

“2020 is the year that in-car AM/FM radio has hit the proverbial ‘iceberg,’ the report said.

In addition, streaming media has begun to move into the car in a big way, thanks in part to the growing availability of Apple CarPlay and Android Auto, which allow drivers to use their own streaming music or podcasts, rather than depending on traditional radio for their in-car entertainment.

“In terms of daily in-car use, streaming music services and portable owned music have overtaken AM/FM radio in China, “Derek Viita, report author and Senior Analyst of Strategy Analytics’ IVX group, said in the announcement. “Though AM/FM radio is still the most-used in-car source in Western markets, satellite radio and streaming music are close competitors in the US.”

This has resulted in hits to the bottom line of the major radio companies in the U.S., with Entercom and iHeartMedia both announcing layoffs this year.

“While radio still has unique advantages, the pandemic has only worked to increase adoption of other media sources,” Viita continued, “some radio providers in the West are reporting that their ratings have nose-dived because many of those who listened on their commute have not rejoined from home.”

Could a day come when radio is not even offered in cars when users buy them, the way most new cars no longer offer CD players? That’s likely quite a ways off. But radio is clearly less a part of the in-car entertainment equation than it was just a few years ago.

“The post-pandemic future of radio is uncertain. As Android Automotive and other systems embed media apps as standard, this will put additional pressure on radio,” Strategy Analytics’  Kevin Nolan said in the announcement. “Provided that these systems allow quick and easy login, direct access to streamed content without having to deal with Bluetooth or device cables will result in further adoption and consumption. Broadcasters, product planners, and UI designers must immediately reconsider how, when, and why listeners consume entertainment and information, and across which platforms.”