Does Cord-Cutting Really Save You Money over Cable? Not Always. 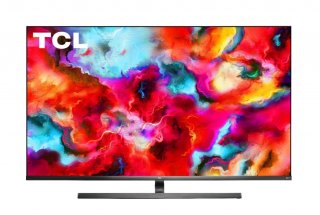 A lot of Americans got rid of cable over the course of the pandemic, accelerating trends that had been in place for quite some time already. Many no longer wanted to pay for cable and appreciated the convenience and nimbleness that comes with not having a traditional pay-TV subscription.

Parks Associates, in fact, reported last week that the U.S. pay-TV industry lost more than 18 million subscribers between 2014 and 2020, with 7 million of those losses coming in 2020.

“Online pay-TV service from virtual MVPDs, players that target the general population instead of offering services to a specific geographic footprint, grew by an estimated three million,”  Kristen Hanich, Sr. Analyst, Parks Associates, said in the release of the report. “vMVPDs overall have grown to represent an increasingly large percentage of the pay-TV market — accounting for 16% of US pay-TV subscriptions in 2020.”

But are those who cut the cord actually saving money? A new report in USA Today says that in some cases, they may not be.

The story looks at how many people often cut the cord and save money in the short term, but find themselves paying more eventually. There are a few reasons why cord-cutters often add new streaming services, especially as they become available and offer either free trials or discounted first months or years. Eventually, those subscriptions pile up and the free trials eventually end.

Cord-cutting, meanwhile, has continued into 2021.

According to the quarterly report by Leichtman Research Group, the top players in the pay-TV sector in the United States lost 1.895 million video subscribers in the first quarter of 2021. This left a total of 78.7 million subscribers.

In that first quarter, cable lost 774,196 subscribers, the “other traditional” category, which consists of satellite and telecom companies, lost 864,000, and the vMVPD sector lost 257,450 subscribers. On the cable side, each of the top cable companies lost subscribers in the first quarter, led by Comcast, which lost a net total of 491,000.

“Pay-TV net losses of about 1.9 million in 1Q 2021 were similar to the net losses in 1Q 2020,” Bruce Leichtman, president and principal analyst for Leichtman Research Group, Inc, said in the announcement.  “Over the past year, top pay-TV providers had a net loss of about 4,790,000 subscribers, compared to a loss of about 5,125,000 over the prior year.”