Dolby Atmos vs. DTS-X: What Is the Difference? 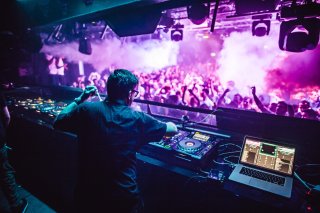 When it comes to high-end audio codecs that utilize surround-sound, "Three-dimensional" channels, there are two different big names and formats: DTS-X and Dolby Atmos.

Both come from companies of those names. DTS-X is from Digital Theater Systems, Inc., while Dolby Atmos is from Dolby Systems. Both technologies are used in both home theater technology and in movie theaters. Some receivers even offer access to both. Meanwhile, both technologies have found their way into smartphones, headphones, and other non-home theater-specific technologies.

Dolby Atmos made its debut in movie theaters in 2012 - with the premiere of Pixar's Brave the first movie to feature it-  and reached home theaters in 2014. Dolby describes Atmos as featuring "breathtaking sound quality," as well as an "overhead dimension," which creates the sensation of height.

According to B&H Photo and Video, Dolby Atmos is "an object-based surround sound technology that expands on conventional surround sound systems with the inclusion of ‘height' channels. Object-based means that individual sound can be placed anywhere, creating an all-around, encompassing, multi-dimensional sound experience."

Dolby Atmos, when applies to home theaters, is meant to involve the use of in-ceiling speakers, although there are some alternatives available.

DTS has been around since the early 1990s as a competitor to Dolby. The specific DTS:X brand launched in 2015. As described by B&H Photo and Video, DTS:X "does all the heavy lifting via its auto-calibration and object-based processor to deliver multi-dimensional sound to the output channel it decides is best."

One big difference between Dolby Atmos and DTS:X is that the latter is more agnostic when it comes to the actual placement of the speakers in the user's living room or home theater, while Atmos specifies where they should go.

Which is better? That's something of a complicated question. Crutchfield recommends that its customers purchase receivers that offer capabilities for both technologies. Such brands as Anthem, AudioControl, Denon, Integra, Marantz and Onkyo offer receivers that work with both Dolby Atmos and DTS:X.