Dolly Parton and More: Best of What's Coming to Netflix in October 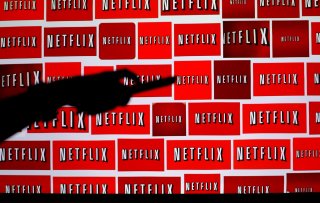 October is the beginning of Netflix's busy season. While many of its rivals, including Disney, are pushing their major movies into 2021, Netflix is proceeding with their awards slate as planned, putting out movies likely to contend for awards next year, whichever form those awards end up taking. Here's a look at what the streaming giant has on the way on October:

- Mank (October TBA.) David Fincher's first film as director since "Gone Girl" six years ago is about 1940s screenwriter  Herman J. Mankiewicz (Gary Oldman) and his battles with Orson Welles (Tom Burke) during the making of Citizen Kane. The film, which also co-stars Amanda Seyfried, Lily Collins, and Arliss Howard, was based on an older script by the director's father, Jack Fincher. It's headed to Netflix in October but the exact date is not yet set, indicating it's likely to show up in the later part of the month.

- Stranger Than Fiction (October 1.) This 2006 film, starring Will Ferrell, is one of the actor's most underrated movies. Directed by Marc Forster, the film starred Ferrell as a man who discovers he's a character in a novel written by Emma Thompson's character. Also in the film are Dustin Hoffman and Maggie Gyllenhaal.

- The Outpost (October 1.) Based on the nonfiction book by CNN host Jake Tapper, "The Outpost" tells the story of the Battle of Kamdesh, during the war in Afghanistan. The film, starring Orlando Bloom and Scott Eastwood, got a brief VOD release this summer, and heads to Netflix in October.

- Dick Johnson is Dead (October 2.) This acclaimed documentary, directed by Kirsten Johnson, won awards at Sundance in January and was acquired by Netflix. In it, Johnson looks at her dementia-addled father, and grapples with his condition by acting out the potential methods of his death.

- Dolly Parton: Here I Am (October 6.) A new documentary about the beloved entertainer, looking back at her entire career in music and culture.

- Hubie Halloween (October 7.) Various analyses have shown that Adam Sandler's work is among the most-watched on Netflix, whether it's his older movies, his original comedies, or his recent acclaimed dramatic turn in Uncut Gems. Now, he returns with a new, Happy Madison-produced Halloween movie, with a supporting cast that includes Kevin James, Julie Bowen, and Ray Liotta.

- The 40-Year-Old Version (October 9.) Not to be confused with The 40-Year-Old Virgin, Radha Black's film was another Sundance winner, the film is about a 40-year-old playwright who reinvents herself as a rapper.

- Moneyball (October 14.) Director Bennett Miller's film, based on Michael Lewis’ bestselling book about Oakland Athletics general manager Billy Beane, was the first sports movie ever in which the hero was a team executive. The film starred Brad Pitt as Beane, who outsmarted much of the rest of baseball, is building a winner out of the low-budget A’s in the early 2000s.

- The Trial of the Chicago 7 (October 16.) An early awards contender, Aaron Sorkin's new film looks back at the 1969 trial of seven activists who were protesting the Vietnam War. Sacha Baron Cohen is Abbie Hoffman, Jeremy Strong is Jerry Rubin, and Yayha Abdul-Mateen II is Bobby Seale. This was set for a theatrical release this year before Netflix acquired it.

- Unsolved Mysteries (October 19.) The first batch of episodes of Netflix’s revival of the 1980s mystery series were popular back in the summer, and now the second arrives.

- My Next Guest Needs No Introduction (October 21.) The latest season of David Letterman’s Netflix talk show is on the way, with Season 3 guests including Kim Kardashian, Dave Chappelle, Robert Downey, Jr., and Lizzo.

- Rebecca (October 21.) Daphne du Maurier's 1938 novel about a woman whose marriage is haunted by her husband's late wife, was famously adapted in 1940 by Alfred Hitchcock. Now, it gets another adaptation, directed by Ben Wheatley, and starring Lily James, Armie Hammer and Kristin Scott Thomas.