Is Donald Trump Right? 36 Percent of Americans Support a Ban on Tiktok 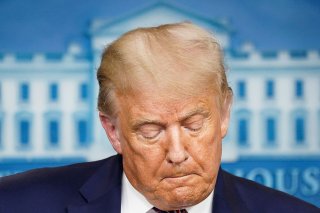 President Trump, earlier this month, threatened a ban on TikTok, over the course of a bizarre weekend that ended with Microsoft confirming its interest in purchasing the U.S. operations of the Chinese-owned social media app. Since then, other companies, including Twitter, have reportedly emerged as potential bidders for TikTok. The president has also demanded that the U.S. government get a cut of any sale, the legality of which has been questioned.

As of this week, TikTok remains online, and a recent exclusive live concert on the app by performer The Weeknd drew over 2 million viewers and raised $350,000 for the Equal Justice Initiative, per Variety.

But what do Americans think about the app, and whether it should be banned? Piplsay Research released a survey this week called “TikTok ban and the way forward.” The survey of more than 30,000 Americans found that 36 % of Americans “support President Trump’s decision to ban TikTok in the U.S.,” while 40 % of Americans believe TikTok “can pose a threat to U.S. national security.”

In addition, 29 % of Americans “think the U.S. should not buy or invest in Chinese companies anymore.” On that last question, an accusation of TikTok by Microsoft or another American company from the Chinese company Bytedance would presumably quality as buying or investing in a Chinese company.

In the survey, 55 surveyed say they are not TikTok users, while 34 % are. An additional 11 % say they “stopped using the app recently.”

When those surveyed were asked if they might like Instagram’s recently launched TikTok competitor, Reelz, 31 % answered “no,” and 27 % each said “yes” and “it does not matter to me.”

In addition, per Piplsay, “61 % of Millennials support the ban on TikTok as compared to just 39 % of Gen Zers,” indicating that TikTok especially appeals to today’s generation of teenagers and other young people, and less so to Millennials, some of whom are now in their 30s.

The frequently-aired critiques of TikTok are that it mishandles data and that it shares that data with the Chinese government. Both of these accusations have been denied by current parent company Bytedance.

James Andrew Lewis, the senior vice president and director of the Technology Policy Program at the Center for Strategic and International Studies, wrote earlier this summer that the key charges against TikTok are not true.

The videos posted to TikTok, Lewis wrote, have no value to the Chinese government, while no malware has ever been discovered in the app, and Beijing’s attempts at using the app to influence Western politics have made next to no impact.