Down 12.3 Percent: PC Sales Are Getting Slammed Thanks to Coronavirus 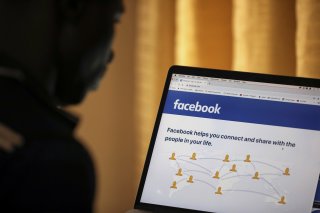 Add another thing to the list of industries affected by the coronavirus epidemic: Sales of PCs.

Both of the major research firms that keep track of the PC market found that sales of personal computers showed a huge drop in the first quarter of 2020.

According to research firm Gartner, worldwide PC shipments dropped 12.3 percent in the first quarter to 51.6 million units, compared with the same period in 2019, in the category's sharpest decline since 2013. The other provider of numbers, IDC, had the number at 53.2 million, a drop of 9.8 percent. The drops followed several consecutive quarters of growth for the sector.

Both firms agreed, though, that the reason for the decline was the coronavirus, which affected supply chains during its initial outbreak in China.

“The single most significant influencing factor for PC shipment decline was the coronavirus outbreak, which resulted in disruptions to both the supply and demand of PCs,” Mikako Kitagawa, research director at Gartner, said in the announcement. “Following the first lockdown in China in late January, there was lower PC production volume in February that turned into logistics challenges."

Kitagawa added that while demand rose for PCs once lockdowns began, there was not enough supply to meet it.

"IDC believes there will be longstanding positive consequences once the dust settles," Linn Huang, research vice president, Devices and Displays at IDC, said in their announcement. "Businesses that once primarily kept their users on campus will have to invest in remote infrastructure, at the very least, for continuity purposes. Consumers stuck at home have had to come to terms with how important it is to keep tech up to date. This should provide a steady, long-range tailwind for PC and monitor markets, among other categories."

Forbes, in 2015, laid out the differences between Gartner and IDC's methodologies. It has to do with the different ways the two firms define the word "shipments."