Ebola Is Back. Can the WHO Contain It? 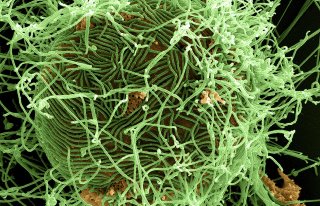 The World Health Organization has announced that it has confirmed a fourth case of Ebola virus in the Democratic Republic of the Congo.

As health officials scrambled to vaccinate individuals in the high-risk areas to contain the potential outbreak, the WHO earlier in the week said that a woman died from the virus in Butembo, a city in North Kivu Province and an epicenter of a previous Ebola outbreak that lasted until early summer. The agency has since confirmed three additional cases.

In addition, officials in Guinea declared an outbreak over the weekend after at least three people died in recent weeks from the Ebola virus and four more people were confirmed to be infected. Health officials have traced this latest outbreak to a funeral in early February.

The West African country was declared free of the virus five years ago.

“We’re seeing some benefits of the previous vaccination, but obviously we have to look at the length of time that vaccine protects,” Dr. Mike Ryan, the executive director of the WHO’s health emergencies program, said in a recent media briefing.

“We’ve been on the alert waiting for the return of Ebola in eastern Congo, and we’ll do everything in our power to support the government in the response.”

The previous Ebola outbreak that was declared over in June lasted for nearly two years. According to the WHO, it was the second-largest on record, with more than thirty-four hundred cases and about twenty-three hundred deaths.

Ebola is a severe, often fatal illness, usually causing fever, fatigue, and muscle pain at the start. Victims then suffer from vomiting, diarrhea, rash, and in some cases internal and external bleeding.

The virus boasts a high mortality rate of about 50 percent—with the percentage sometimes even hitting 90 percent in past outbreaks—but the disease is known to be much more difficult to transmit to others when compared to the novel coronavirus. The chief reason is that it is not an airborne infection—instead, much like HIV or hepatitis, it can only spread via direct contact.

When a person becomes infected with Ebola, he or she does not start developing signs or symptoms immediately. This period between exposure to an illness and having symptoms is known as the incubation period, which is similar to what has been witnessed in the novel coronavirus. The major difference, though, is that a person can only spread Ebola to others after they develop signs and symptoms of the virus.