Elon Musk Warns That AI Could Overtake Humanity in 5 Years 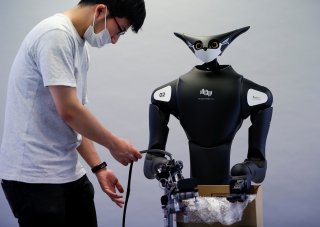 Elon Musk is sounding the alarm that there is a strong possibility that humans will be overtaken by artificial intelligence within the next five years.

The billionaire engineer, who co-founded the artificial intelligence research lab OpenAI in 2015 and was an early investor in DeepMind, has often warned in recent years about the species-ending threat posed by advanced AI.

“My assessment about why AI is overlooked by very smart people is that very smart people do not think a computer can ever be as smart as they are. And this is hubris and obviously false,” Musk told The New York Times.

Musk added that the invaluable experience of working with different types of AI at Tesla has given him the confidence to say “that we’re headed toward a situation where AI is vastly smarter than humans, and I think that time frame is less than five years from now. But that doesn’t mean that everything goes to hell in five years. It just means that things get unstable or weird.”

In 2016, the CEO of Tesla warned that human beings could become the equivalent of “house cats” amid the rise of new AI rulers. He has since repeatedly called for more stringent regulations when it comes to next-generation AI technology.

Musk noted that his “top concern” is DeepMind, the highly secretive London-based lab run by Demis Hassabis and owned by Google.

“Just the nature of the AI that they’re building is one that crushes all humans at all games,” he said. “I mean, it’s basically the plotline in ‘WarGames.’”

In the 1983 film “WarGames,” a teen hacker played by Matthew Broderick unwittingly connects to an AI-controlled government supercomputer that is used to run war simulations. After starting a game titled “Global Thermonuclear War,” the computer activates the nation’s nuclear arsenal in response to his accidentally-simulated threat as the Soviet Union.

Musk is also busy bringing out new tech advancements via Neuralink, a startup he founded in 2016 to develop “ultra-high bandwidth brain-machine interfaces.” The startup has been able to create flexible threads—thinner than a human hair—that can be injected into the brain to detect neuron activity.

In addition to streaming music directly into a user’s brain, Musk claims Neuralink’s chips will one day be able to cure addiction and depression and enable users to construct emails and text messages just by thinking about the words.