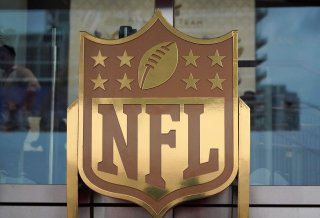 “Madden NFL,” the EA Sports video game series named for its association with former coach and broadcaster John Madden, has been around since 1988, and since 2004, it’s had an exclusivity agreement with the NFL and NFL Players’ Association. This means that Madden is the only game with permission to use the names and likenesses of NFL teams and players, as well as logos, stadiums and other NFL iconography.

With the newest version of the game, “Madden 21,” coming out last month, there’s some renewed grumbling over that exclusivity agreement, which followed some negative reviews of the game itself. “Madden 21,” in fact, has “historically low review scores,” per Forbes, which added that this year’s edition of the game is “is dragged down but neglected features, stagnant and/or underdeveloped concepts.”

In fact, the hashtag #EndMaddenMonopoly was trending on Twitter Thursday afternoon, following grumbling that the new version of the game has underwhelming graphics, and has failed to improve over the years.

A YouTube channel called SoftDrinkTV appears to have launched the campaign, in an attempt to get the hashtag trending following an earlier campaign called #NFLDropEA. Another YouTube channel by Ryan Moody has also been pushing the effort.

“We need the NFL to open up their exclusive rights to other companies. Madden needs competition, it’s the only way I see the game improving. People are unhappy and the @NFL needs to do something #EndMaddenMonopoly is the new hashtag,” the channel’s Twitter account tweeted Thursday. “We had NFL Fever, NFL Blitz, NFL Quarterback Club, NFL Gameday, NFL 2K, and Madden at one point in time. Now we just have Madden because the @NFL forgot the importance of competition. People are fed up #EndMaddenMonopoly.”

Polygon reported back in May that EA had reached a “multiyear” agreement with the NFL and NFLPA to renew its exclusive licensing agreements. The site stated that the deals were “shutting the door on the possibility that the league would open up the simulation license for other game publishers to enter the fray.” The NFL owners had ratified the agreement during a meeting that week.

NFL reporter Albert Breer reported on Twitter May 28 that the exclusivity agreement will run through 2025, with an option for an additional year if certain revenue targets are met. There have no reports as to how much money changed hands in the agreement, but it was presumably lucrative, and is likely fairly ironclad.

There have been games like “Blitz: The League” and “Mutant Football League,” which have not used NFL teams or players, although the players’ names are sometimes parodies that are similar to those of real players and clubs.