EXPLAINED: How Wi-Fi 6 and 5G Will Completely Change Our Lives Forever 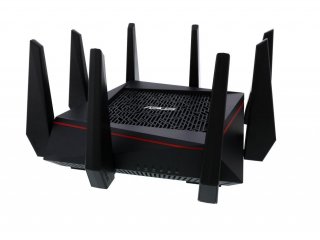 It may seem like a new dawn of sorts with Wi-Fi 6 and the 5G network rolling out in many parts of the developed world.

However, these aren’t just fancy names to describe next-gen devices and network systems. These new players can really have a profound impact on our existing technology and puts humankind in a great position to reach for more.

Here is what’s similar between the two: Both 5G and Wi-Fi 6 are indeed built from the same foundation and will co-exist to support different use cases.

When not using a cellular network, you will likely eventually tap into Wi-Fi 6, also known as 802.11ax, which provides more speed, lower latency and increased device density. 5G, the latest generation in cellular technology, has been engineered to increase the speed and capacity of wireless networks.

Where you are using your smartphone or other devices will also come into play. Wi-Fi 6 will likely continue to be the access choice for indoor networks like at home or at the office. Without losing performance, Wi-Fi 6 boasts reasonable cost to deploy, maintain and scale, as has already been shown in large-gathering venues like stadiums and concert halls.

For outdoor networks, though, 5G will likely be the way to go. If you’re taking public transportation or riding a bullet train that’s going at high speeds, 5G will be the preferred method to gain that all-important internet access.

What will really bring smiles to customers’ faces will be the boost in overall performance. Wi-Fi 6 is armed with the ability to send information to multiple devices at once with a single transmission, not to mention better energy management for battery-powered devices like laptops and smartphones.

According to one report, the average household will have about 50 connected devices by 2022, up from around 25 today. This is due to consumers constantly adding smart speakers, smart door locks, smart thermostats, smart video doorbells and a host of other smart devices and products. The number of connected Internet of Things sensors and devices will likely surpass 50 billion by 2022, according to Juniper Research.

But, as of right now, there is a dearth of compatible devices that can take advantage of all of Wi-Fi 6’s supposed benefits. In the smartphone world, at least two of the biggest players have already jumped on board, as the iPhone 11 and the Galaxy S10 and later models are all ready to go with Wi-Fi 6.

As for 5G, several U.S. cities already have this next-gen network, but the areas that receive signals that surpass gigabit-level speeds (can approach 15 or 20 Gbps) are still limited. What often gets confusing for many consumers is that you need both 5G service and a 5G-supported device to enjoy this game-changing experience. One or the other just won’t cut it. If you’re in the Apple ecosystem, you’ll have to wait till the iPhone 12 comes out later this year.

5G’s improved speeds in transmissions will enable quicker access to files, programs and remote applications, and likely the Cloud will be utilized much more instead of installing certain storage-intensive programs and apps. 5G will boast 10 times less latency than 4G, which will enable the flawless performance of remote actions, all in real-time.