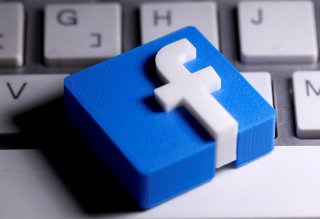 Facebook appears to be on some type of kick when it comes to removing political extremism from its platform.

Last week, Facebook announced a widespread crackdown on QAnon, the baseless conspiracy theory that alleges a cabal of Hollywood celebrities and Democratic politicians are conspiring to kidnap and traffic children.

Then, on Monday, the social network announced that it has now taken aim at a different form of fact-free political extremism: Holocaust denial.

The move, Bickert writes, follows both the QAnon crackdown and “more than 250 white supremacist organizations,’ as well as moves by Facebook to remove what it called 22.5 million pieces of hate speech in the second quarter of 2020.

“Our decision is supported by the well-documented rise in anti-Semitism globally and the alarming level of ignorance about the Holocaust, especially among young people,” Bickert wrote.

In addition, Facebook will direct those searching its platform for information about the Holocaust to authoritative sources.

According to CNBC, the ban represents a shift for the company. In a 2018 interview, founder and CEO Mark Zuckerberg drew fire when he said in an interview that he would not advocate banning such speech.

“I’m Jewish, and there’s a set of people who deny that the Holocaust happened. I find that deeply offensive,” Zuckerberg told Kara Swisher of Recode in that interview. “But at the end of the day, I don’t believe that our platform should take that down because I think there are things that different people get wrong.”

“I've struggled with the tension between standing for free expression and the harm caused by minimizing or denying the horror of the Holocaust,” the founder said. "My own thinking has evolved as I've seen data showing an increase in anti-Semitic violence, as have our wider policies on hate speech. Drawing the right lines between what is and isn't acceptable speech isn't straightforward, but with the current state of the world, I believe this is the right balance.”

It’s part of the continuing tension at Facebook between the approaches of putting limits on free expression and allowing massive sharing of posts that are harmful and/or untrue. Facebook long erred on the side of the latter — culminating in the “fake news” debacles leading into the 2016 election — but has more recently taken steps towards the former.

Amazon, in 2017, pulled books from its store that advocated Holocaust denial, the Jewish Chronicle reported at the time.