Fact: T-Mobile Offers Home Internet (And Its Reach Is Expanding) 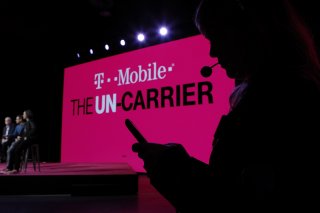 Did you know that T-Mobile offers home internet, in a limited amount of areas? The company, which recently merged with Sprint, launched the service as a pilot program in the spring of 2019.

"T-Mobile is starting an invitation-only pilot for in-home internet service on LTE with the goal of connecting up to 50,000 homes this year in rural and underserved areas of the country, laying the foundation for the New T-Mobile," the company said when it announced the pilot last year.

Now, the company is expanding the program, in three counties-Kent, Muskegon and Ottawa - around Grand Rapids, Michigan.

Those who live in that area can sign up for the service at this link.

The offer is available to customers regardless of whether they currently subscribe to T-Mobile's phone service, and the $50 a month price tag includes taxes and fees. In addition, there are no annual service contracts, data caps, or hardware rental associated with the offer.

The service currently runs on T-Mobile's 4G/LTE network, but it will roll out 5G Home Internet commercially nationwide within six years, the announcement said.

T-Mobile is positioning the service as an alternative to cable companies and other incumbent home Internet service providers.

“As a company, we’re at our best disrupting the status quo and mixing it up with bloated, over-confident incumbents that have never been forced to compete for customers. There’s not an industry that fits the 'never compete' definition better than cable and telco ISPs … aka the Cableopoly,” Mike Sievert, CEO of T-Mobile, said in the announcement.

“Three months into our merger with Sprint, we’re just at the very, very beginning of seeing the incredible benefits of our combined network but the early signs are extremely promising — particularly in rural America — not just for traditional wireless service but also for home broadband.”

Sievert, who had been an executive with the company for several years, took over as CEO of T-Mobile as part of the merger, to replace the company's longtime head, John Legere.