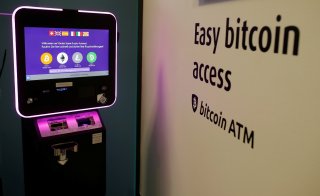 Amid the surge in interest and profitability of cryptocurrencies over the past year, criminals are now heavily targeting bitcoin ATMs across the country.

According to Coin ATM Radar, there are more than 27,000 such machines in operation. Most are located in convenience stores and owned by private companies. There were just over 4,200 bitcoin ATMs last January. As more of these ATMs continue to roll out, law enforcement officials have warned that the public should brace for even more criminals taking aim at the machines.

“The FBI has seen an increase in scammers directing victims to use physical cryptocurrency ATMs and digital QR codes to complete payment transactions,” the FBI said in an announcement.

“Criminal actors, in various fraudulent schemes, maliciously leverage cryptocurrency ATMs and QR codes to receive payments from victims. Such schemes include online impersonation schemes (scammer falsely identifies as a familiar entity such as the government, law enforcement, a legal office, or a utility company), romance schemes (scammer establishes an online relationship with a victim by creating a false sense of intimacy and dependency), and lottery schemes (scammer falsely convinces a victim that they have won an award and consequently demands the victim to pay lottery fees),” the statement said.

Law enforcement officials recently told CNBC that the ATMs are being used for a wide range of criminal activity, including those by drug traffickers and money launderers. However, tracking and eventually arresting these criminals has proven difficult.

“Cryptocurrency’s decentralized nature creates challenges that makes it difficult to recover,” the FBI said. “Once a victim makes the payment, the recipient instantly owns the cryptocurrency, and often immediately transfers the funds into an account overseas.”

“This differs from traditional bank transfers or wires where a payment transaction can remain pending for one to two days before settlement. It can also make law enforcement’s recovery of the funds difficult and can leave many victims with a financial loss,” it added.

One study conducted by Chainalysis has revealed that nearly 75 percent of all illicit funds leaving the ATMs were eventually used at fraud shops, which are sites on the dark web that sell stolen credit card information.