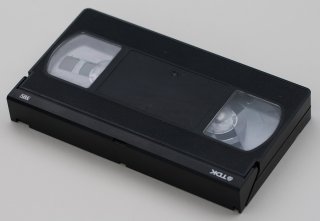 The conventional wisdom is that VHS tapes are very firmly a technology of the past, with little value beyond nostalgia. They don’t offer images of nearly a quality as DVDs, Blu-rays, digital streaming, and other modern ways of watching movies or TV. And it’s not like vinyl records, in which enthusiasts can make a plausible case that the old technology sounds better than the newer ones.

But it appears recently that VHS is gaining popularity, at least on the collectors’ market.

According to the Lewiston Tribune, a VHS copy of the “Super Mario Brothers” movie from 1993 sold in April for over $10,000.

“While it may seem like thrift stores remain overrun with VHS tapes, that doesn’t change the fact it’s a dead format with no notable new supply. The age of mainstream VHS collectibility may be upon us,” the newspaper said.

The story went on to say that the most popular VHS tapes these days tend to have unique cover art. Movies, in other words, featuring “salacious imagery: babes, blood, monsters, more babes and increasingly weird and specific ways to massacre people (see: chainsaws, leaf blowers, nail guns, microwaves). In short, exploitation movies of all kinds.”

On the eve of the pandemic, back in early March, NBC News reported that VHS collection was becoming a prominent hobby. These included “collectors, traders and design obsessives across the U.S. who adore the defunct video format.” The story estimated that there were 600,000 results on eBay at the time for “VHS movies.”

VHS has also gotten some people in trouble. NBC News also reported that a Texas woman was charged with a felony for not returning a VHS tape of the TV series “Sabrina the Teenage Witch” in 1999. It was a plot point straight from the “Seinfeld” episode with Bookman the library cop. The woman didn’t even realize she was facing the charge of felony embezzlement until she applied to change her name on her drivers’ license.

The woman says that she thinks the tape was rented by the man she was dating at the time, who had daughters. She was able to get the charge expunged.

Also this month, an Oklahoma man was even jailed over an old overdue VHS tape. He claimed that a roommate had rented a movie and never returned it, although the matter was eventually cleared after paying a $150 fine.

Meanwhile, if you live in Chicago, you can go to Borelli’s Pizza in the Ravenswood neighborhood and rent movies from the personal collection of filmmaker Joe Swanberg, Time Out Chicago reported.

"Part of the reason I wanted to do this here is that Borelli's already has the feel of a 1980s family pizza place," Swanberg says. "It just felt right to me. Coming in here has always reminded me of my childhood.”