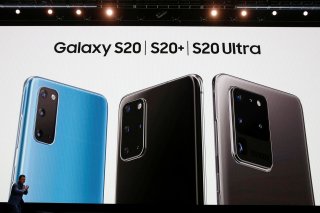 Speculation is indeed ramping up for what Samsung’s next flagship phone will bring to the table.

Samsung released the Galaxy Note 10 and Note 10 Plus just 11 months ago, but many Galaxy fans out there are already clamoring for the Note 20 and Note 20 Plus, which are the most anticipated Android phones of the year. What is still up in the air is whether there will be a Note 20 Ultra.

If the rumors are true, Samsung’s new big-screen phones are expected to be some of the most powerful devices out there, as they will boast improved next-gen cameras, advanced 120Hz displays and 5G connectivity standard.

When can we expect the launch? Even with the ongoing coronavirus pandemic, it is looking likely that the phones will be released in August, a month that has often seen the unveiling of previous Note offerings. There seems to be a strategy behind picking this month, as it’s timed to get Samsung ready for the holiday sales period and predate Apple’s fall iPhone launch.

If you’re in the market for bigger phones, it appears that Samsung has you covered. Possible Note 20 screen sizes range from 6.4 inches to 6.9 inches, and if there is an Ultra, it has been rumored to be over a whopping 7 inches, which is nearing tablet territory.

Like the screen sizes, what also is a given is that the new phones will support 5G speeds. The Galaxy S20 phones already do, so there’s no reason to think that this won’t be a part of Note’s capabilities. Fast becoming the standard on most of today’s smartphones, 5G can achieve greater speeds in transmissions, lower latency and higher capacity for remote executions.

The improved speed in transmissions will enable quicker access to files, programs and remote applications, and likely the Cloud will be utilized much more instead of installing certain storage-intensive programs and apps. 5G will also boast ten times less latency than 4G, which will enable the flawless performance of remote actions, all in real-time.

As for the camera specs, many are still wondering if the Galaxy Note 20 will come with 100x zoom. If it does, it will only make it that much more formidable, as it will already likely feature a 108MP main sensor, 13MP telephoto lens, 12MP ultra-wide angle shooter and a laser-focus sensor.