Get Ready: LG Is Set to Debut an 48-Inch OLED TV 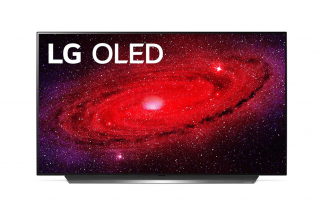 LG Electronics debuted its 2020 OLED TV lineup at CES in January, while it announced pricing and availability for the lineup in March. Next month, the company will roll out its first-ever 48-inch OLED TV, the 48CX model, which represents LG’s smallest OLED TV to date.

Officially called the OLED48CXPUB, the new model is set to retail for $1,499, compared with the $4,999 price tag for the 77-inch version in the same CX series. It is, however, more expensive than most TVs of that size.

The TV is expected to have multiple applications, including gaming. According to Abt Electronics’ The Bolt blog from CES, “the LG 48CX OLED is technically a TV, but it does PC monitor things so well that it’s bound to become the most lusted-after gaming monitor of the year.” While LG’s OLED displays have been used for gaming in the past, the post said, they’ve often been too big, although the 48-inch TV is a better size for that.

According to TechRadar, the small size of the new OLED model is significant, for that reason.

“OLED TVs have historically been stuck at a limited number of sizes—the smallest being the flagship 55-inch category—and the additional size marks an opening up of the technology to new form factors, price points, and consumer needs,” the site said.

Tom’s Guide, while noting that the TV’s predecessor the LG C9 OLED was one of its favorite TVs of the year, acknowledges that the new TV’s $1,500 price “may be too pricey for most people,” so the site advises that buyers should perhaps wait awhile for the price to come down.

The CX Series, as a whole, won Best in Show at CES from both Engadget and PC Mag. and was also named Video Display Product of the Year by the CTA Mark of Excellence awards.

RTINGS, meanwhile, has positively reviewed the LG CX OLED series, giving it a score of 8.8 out of 10 and calling it “an excellent TV [which] delivers amazing all-around performance.”