Google News vs. Google Discover: What Is the Difference? 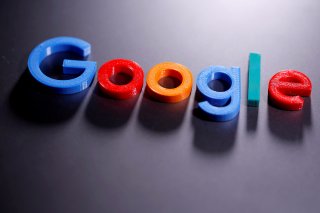 Google offers many different ways for Internet users to find their content, and two of them are Google News and Google Discover.

What exactly is the difference between the two?

Google News, which has been around since it launched in a beta version in 2002, has been described as the world's largest news aggregator, although it remained in beta until it officially launched in 2006. It functions as a search engine of thousands of news outlets.

The Google News homepage, meanwhile, features headlines, local weather, and the top stores of the day, while the right-hand margin consists of fact checks, most of which have to do with coronavirus conspiracy theories.

Google Discover is a different product, one that uses AI to show users the information they want. It was introduced, per the Google Blog, in the fall of 2018, as a replacement for what had been called the Google Feed, which had been meant to "surface relevant content to you, even when you’re not searching."

The name change to Discover in 2018 also added a new design and some new features. Google Discover added cards, as well as the ability to "follow" specific topics. Discover also offered more video and other visual content, as well as evergreen content.

Discover also became more customizable and added additional languages. Since then, there have been updates to the product, including the dropping of topic bubbles.

Google Discover, like Google News and Google's homepage, has led the search engine optimization experts of the world to develop strategies to game it. And in 2019, Google made statistics from Google Discover available to publishers, although the company has warned that publishers should think twice about basing their traffic strategies around Discover.

Google announced its most recent "core update" last fall, and it has rolled out in recent weeks. These updates, the company said, are "designed to ensure that overall, we’re delivering on our mission to present relevant and authoritative content to searchers. These core updates may also affect Google Discover."

Two months ago, per 9to5Google, Google added the ability to report content as "Misleading or sensational, Violent or repulsive, Hateful or abusive, and other."