Is Google Signaling It Might Dump AMP in the Future? 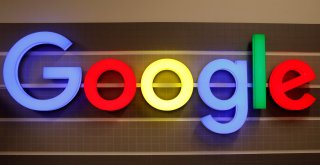 AMP, which stands for "advanced mobile pages," is a technology created by Google in 2015 as a way to make web pages load faster.

The technology, however, has been controversial in web development circles. It requires extra work for developers, critics say, while also increasing Google's control over the web.

In the last two years, there have been various changes in AMP. In 2018, Google went to an open governance model for the technology. In May, Google announced that for news having specifically to do with coronavirus, it was waiving the requirement that stories in its "Top Stories" carousel needing to be AMP stories.

Now, as part of its announcement in a May 28 blog post that it was rolling out Google algorithm changes to take effect in 2021, Google announced more AMP changes. The company will remove the AMP requirement from Top Stories eligibility altogether-not only for coronavirus stories.

"AMP will no longer be necessary for stories to be featured in Top Stories on mobile; it will be open to any page," the post continued. "Site owners who currently publish pages as AMP, or with an AMP version, will see no change in behavior — the AMP version will be what’s linked from Top Stories." That requirement had been in place since 2016.

Does this mean Google is dumping AMP altogether? That doesn't seem to be the case, at least according to what the post said.

"Google continues to support AMP, and will continue to link to AMP pages when available," Google said.

There doesn't appear to be any indication from search engine experts that Google is preparing to get rid of AMP altogether, although some critics of the technology certainly would like for them to.

One Twitter user noticed in late May that "Google appears to be phasing out the ability to visit the original URL from an AMP page. Tapping the info icon in the top left used to provide the option to visit the real URL. Currently only an issue in Image Search." If that's true, it would seem to indicate Google's commitment to AMP for the long haul.

What is Google AMP?