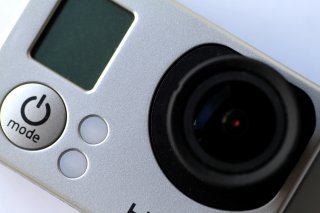 While Americans may be restricted, in most places, from going outside and taking pictures, one camera manufacturer posted huge sales over the recent holiday weekend.

GoPro said Friday that its sales figures over the four-day holiday weekend on its website, GoPro.com, were the highest ever for a four-day period, outside of the holiday-season quarter, or specific camera-launch periods.

The company's HERO8 Black camera, which it considers its flagship product, led the sales.

In April, once the coronavirus pandemic was underway, the company had laid off 20 percent of its staff, while changing its sales strategy to emphasize selling directly to consumers.

"We're continuing to see strength globally in our direct-to-consumer e-commerce business as demand for GoPro continues to grow from the COVID-19 trough we saw in late-March and early april,"  Brian McGee, CFO and COO of GoPro, said in the announcement. "This continued momentum supports our strategic shift to a more direct-to-consumer business to drive higher gross margins and lower the threshold to achieve profitability, even in a COVID19-impacted business environment."

"Global demand on GoPro.com increased markedly since the third week of April, consistently outpacing the prior year's weekly demand by at least 500%. This, along with other factors, contributes to our unit sell-through expectations of 600,000 to 650,000 units in the second quarter of 2020."

The company introduced Zeus Mini, a wearable, mountable camera light, earlier in May. "GoPro releases a flash light, for some reason," TechCrunch wrote in reaction to that news.

An American company, GoPro was founded in California in 2002, manufacturing what it calls action cameras. Over the years, they have been used for everything from first-person skiing and sports, to video bloggers recording from the dash cams of their cars.

The company made a foray into drones beginning in 2014 but exited that space in 2018.

GoPro's head of design, Danny Coster, who had been hired away from Apple's celebrated design team four years earlier, left the company earlier this year to return to his native New Zealand, Bloomberg News reported.

GoPro products have also sometimes been used in war zones. In 2017, a photojournalist narrowly escaped death when a bullet fired by an ISIS sniper struck his GoPro camera.