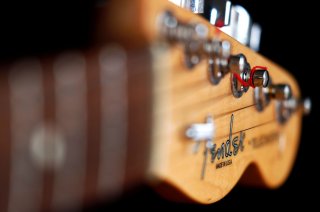 In late October, it was widely reported that Guitar Center, the nation’s leading retailer of musical instruments, was possibly facing imminent bankruptcy. The cause of that was that the company was facing a cash crunch, brought about the coronavirus pandemic.

Now, Guitar Center has made its Chapter 11 filing official.

The company announced in a press release Monday that it has “taken the next step in implementing its financial restructuring plan (the “Plan”) by filing voluntary petitions for reorganization pursuant to Chapter 11.” The petition was filed in the United States Bankruptcy Court of the Eastern District of Virginia.

The restructuring plan entails new financing provided by the Private Equity Group of Ares Management Corporation, as well as new equity investors, which include Brigade Capital Management and a fund led by The Carlyle Group.

The company’s retail brands, which include Guitar Center, Music & Arts, Musician’s Friend, Woodwind Brasswind and AVDG, will continue to operate, the company said.

Bankruptcy courts have even begun to fall behind due to the pandemic.

“This is an important and positive step in our process to significantly reduce our debt and enhance our ability to reinvest in our business to support long-term growth,” Ron Japinga, CEO of Guitar Center,  said in a statement. “Throughout this process, we will continue to serve our customers and deliver on our mission of putting more music in the world. Given the strong level of support from our lenders and creditors, we expect to complete the process before the end of this year.”

Guitar Center, whose history goes back more than sixty years, had been forced to close most of its stores by the pandemic in the spring. Per CNN, many of the stores are in malls, which had been struggling severely even prior to the arrival of the pandemic.

Despite its name, Guitar Center has long sold all sorts of musical instruments, and not only guitars. Multiple reports, including one by Rolling Stone two years ago, have shown that guitars have had a major resurgence in recent years, and that’s even before many hobbyists decided to take up or return to guitar-playing to pass the time during this year’s lockdowns, as the New York Times pointed out earlier this year. The latter piece quoted the CEO of Fender as stating that he expected 2020 to go down as the company’s most successful year ever in terms of sales volume.