A Handful Of Apple Stores Are Set To Reopen This Week 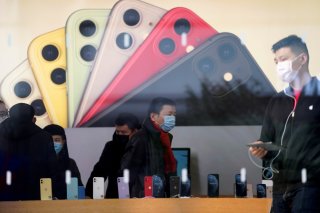 As the coronavirus spread, Apple announced March 13 that it would close all of its Apple Store retail locations, except for those in greater China. The closures were originally set to continue until March 27, although they were later extended.

During the closures, Apple launched both the new iPhone SE (in April) and a new MacBook Pro model this month. Apple has kept its online channels open, and the company was one of the few major ones in the first quarter who managed to increase its revenue over the same quarter the year before, despite the pandemic.

And now, with some states lifting restrictions, Apple Stores will begin coming back online this week. It is, however, only six stores.

The Apple Store locations in Idaho, South Carolina, Alabama and Alaska will return this week, CNBC reported, citing an Apple source. But it won't be business as usual at the stores. Temperature checks will be conducted, and the stores will also limit how many customers are allowed in the store at a time.

“Our team is constantly monitoring local heath data and government guidance, and as soon as we can safely open our stores, we will," the company said in a statement to CNBC. Apple has also recommended that customers "buy online for contactless delivery or in-store pick up."

The re-openings will only affect a small number of stores. There is one Apple Store in Idaho, in Boise; two in South Carolina, in Charleston and Greenville, and two in Alabama, in Birmingham and Huntsville. The Apple Store in Anchorage is the only one in Alaska. By contrast, there are more than fifty Apple Stores in California, the state where Apple is headquartered, and there are 510 total in the United States.

Apple CEO Tim Cook told Bloomberg News at the end of April that "just a few" Apple Stores in the United States would re-open in the first half of May, and it’s unclear where the next reopening will take place.

Apple is also reopening its stores in Germany on May 11, following its return to South Korea, Switzerland, Australia, and other countries.

The company has posted a frequency-asked-questions document about how customers can navigate existing and future online orders while the majority of stores are closed.