Have DirecTV? Don't Fall for this Social Security Number Scam. 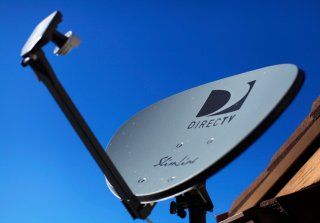 A prosecutor in Maryland is warning of a Social Security scam, targeting customers of AT&T and DirecTV.

According to the Southern Maryland Chronicle, Robert Harvey, Calvert County State’s Attorney, recently issued a “scam alert” in which customers are asked for their Social Security numbers.

“Some customers have received official-looking materials in the mail telling them that their bill is going to be increased by $12 per month unless they call a specified telephone number. When the number is called, the user is asked to provide a social security number,” the alert says. “This is a scam! AT&T/DirecTV never asks for a social security number and is not sending these documents in the mail. If you receive such a letter, do not fall for this trick.”

Those who receive such calls are advised to “report postal fraud to the U.S. Postal Inspection Service at uspis.gov/report.”

AT&T’s own support website warned of a similar scam earlier this year.

“Social engineers try to trick you into taking a certain action or providing your confidential info. They may contact you by phone, email, text, or direct message on social media,” AT&T said. “Here’s how it’s done: Someone contacts you pretending to represent a legitimate company you might normally do business with. They may ask for info like your Social Security number, password, or credit card number ‘to verify your account.’”

AT&T currently owns DirecTV and has since 2016. However, that’s about to change, after AT&T agreed earlier this year to spin off the satellite broadcaster into a separate entity, although AT&T will still have majority ownership of that entity. This followed a months-long process in which the division was essentially auctioned by AT&T. Private equity firm TPG agreed to purchase about 30 percent of the new company.

There are now indications that the DirecTV spinoff is ahead of schedule.

“The company expects the DIRECTV/TPG transaction to close in the next few weeks, which will impact certain aspects of guidance,” AT&T said in its 2021 outlook earlier this week, as cited by TV Answer Man. Once the deal closes, AT&T expects “revenues to be lower by $9 billion, EBITDA to be lower by $1 billion and free cash flow to be lower by about $1 billion, equating to $26 billion for the year.”

Another recent report found that after the deal closes, the streaming service known as AT&T TV will likely be rebranded, as “DirecTV Stream.”

“After starting off as DirecTV Now and then transitioning to AT&T TV Now before eventually being absorbed by AT&T TV, references to the DirecTV Stream name were recently visible on the AT&T website,” the report from website Streaming Clarity said.